Katie McLellan is a dog lover and photographer from Port Orchard, Washington. She started taking photos just over a decade ago after she adopted a Belgian Malinois named Grimm. She wanted to capture her antics to show others, then ended up loving photography, too.

She loved photographing Grimm so much that she upgraded her camera to a DSLR, exchanging her small, Sony point-and-shoot for a Nikon D80 with a 50mm lens. Soon after that, she was invited to join a “52 Weeks for Dogs” group on Flickr. That group gave her a lot of support and encouragement. It was exactly the boost she needed to start experimenting and exploring more with photography.

“Being a part of the 52 Weeks for Dogs group on Flickr has been the best experience,” she says. “The group pushes me to take a picture every week, which I think has been key to making progress, especially in the beginning. Now I’m more driven to tell a story or express how I’m feeling, but in the beginning, I was just figuring out how to use my camera, and making sure I worked with it every week was a big part of that learning.”

“Also, the kind support of other members of the group was and continues to be a motivator. Even when I think a photo I’ve taken isn’t good enough, there is someone out there that finds meaning or purpose in it.” 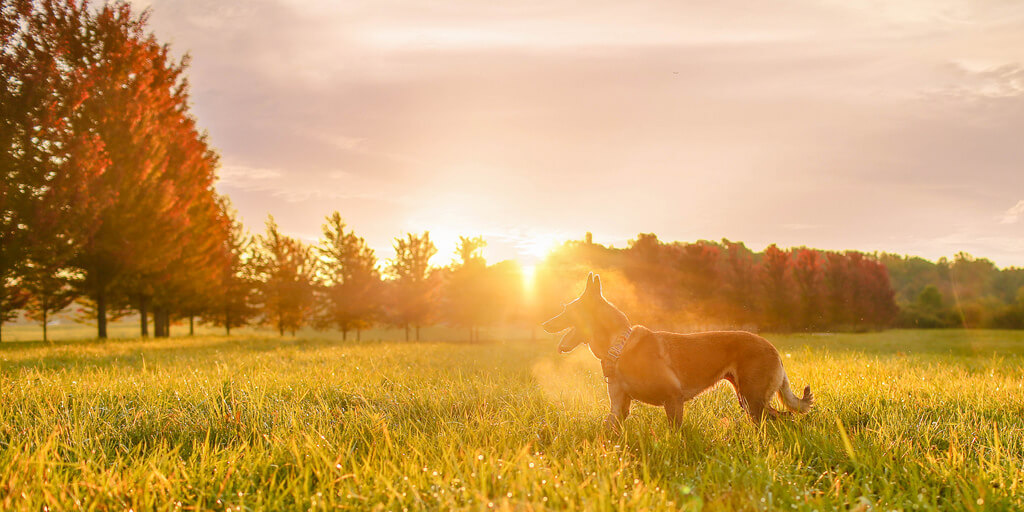 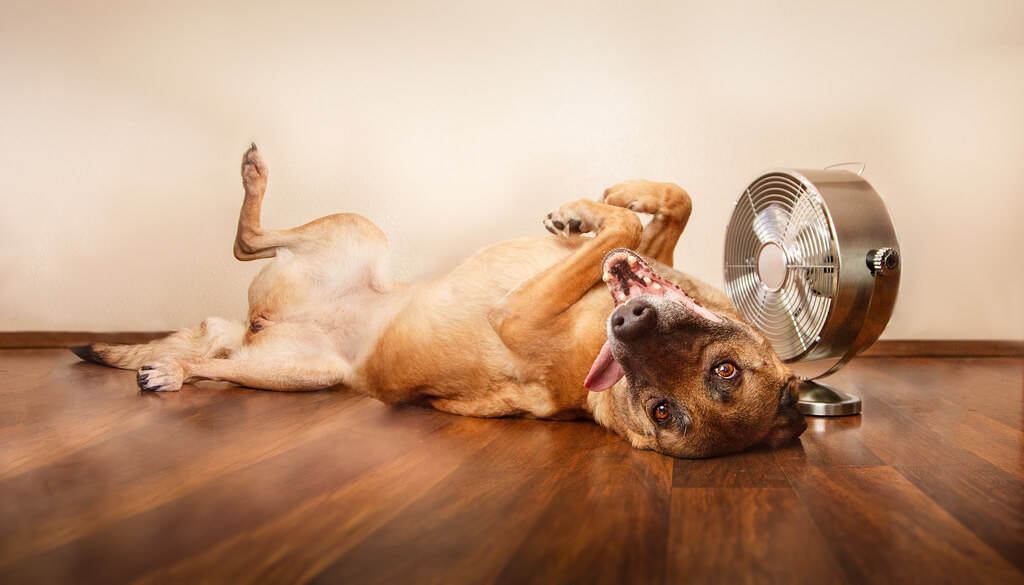 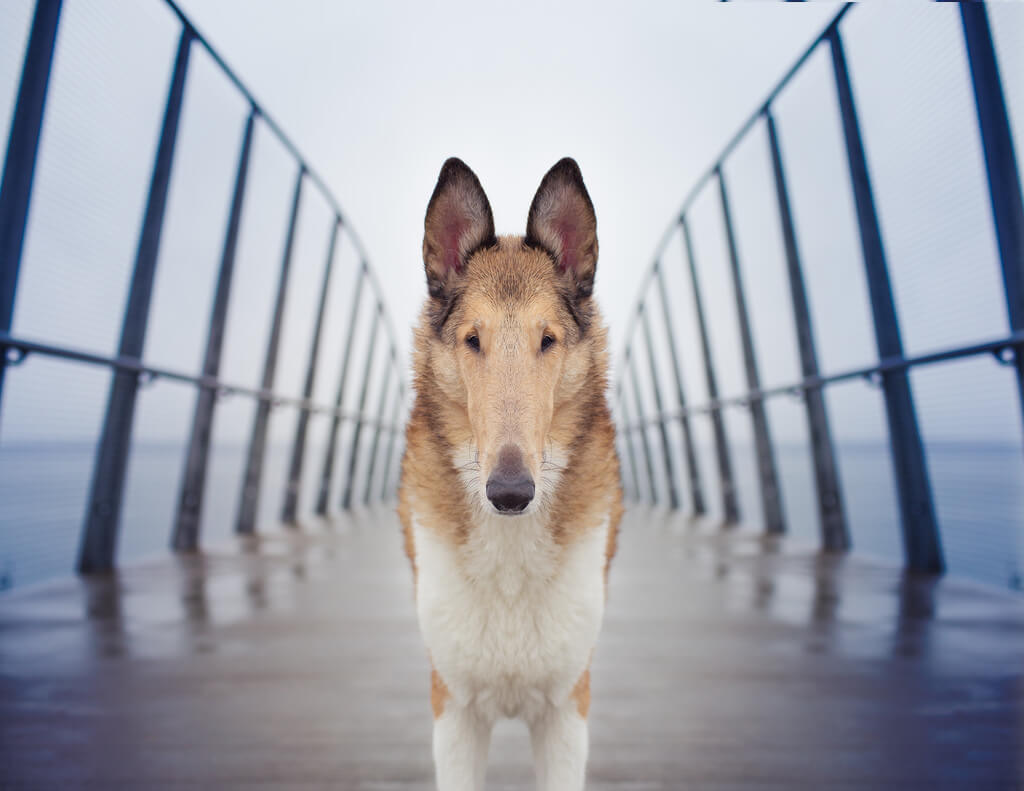 Besides Grimm, she also has a Smooth Collie named Jonah. The two have opposite personalities in some ways. For instance, Grimm has a strong prey-drive. She’s fast, alert, and attentive to Katie’s mood and movements.

Jonah, on the other hand, is “the gentlest soul I’ve ever met,” she says. “He prefers to nap, but will get up and nose in if he thinks that Grimm is getting too much attention.”

This difference in personality affects how Katie photographs each dog. With Grimm, she needs to move quickly and take fast shots. Grimm loves to play with her frisbee and ball, so a lot of photo shoots involve those or other toys.

Jonah, on the other hand, is pretty easy to photograph. “You can lure him into a pose with a treat, and he will just hang out there looking as though he is thinking deep thoughts… Though I suspect he’s just debating whether he wants the treat or a nap more.” 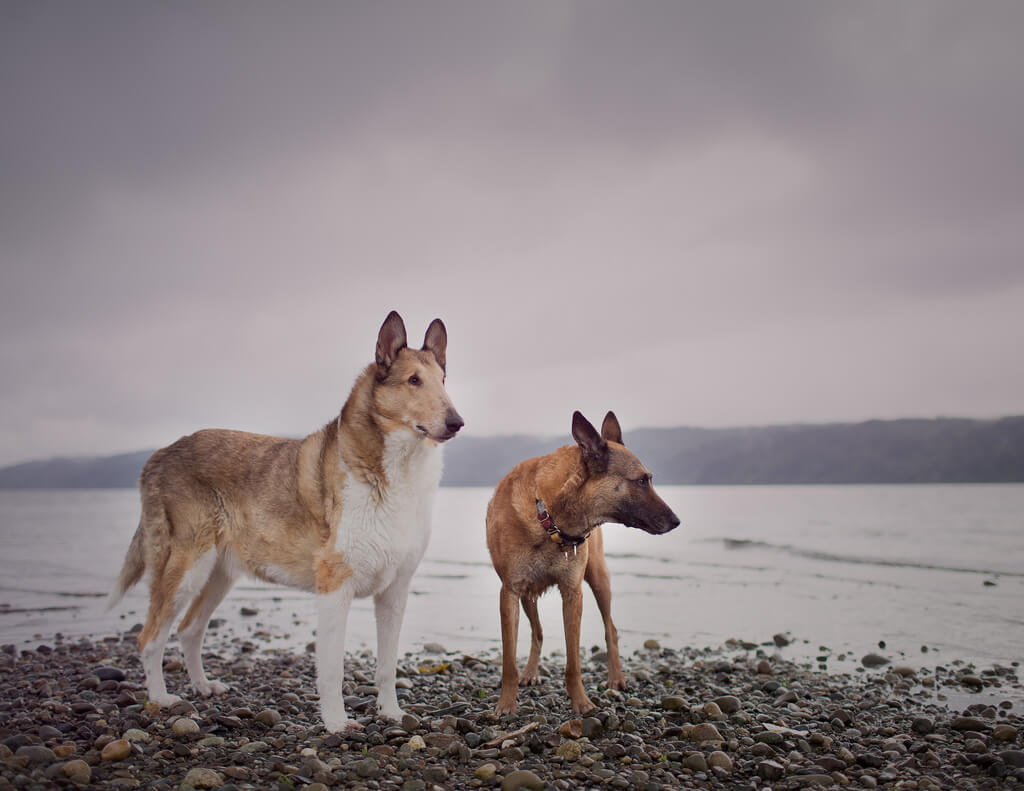 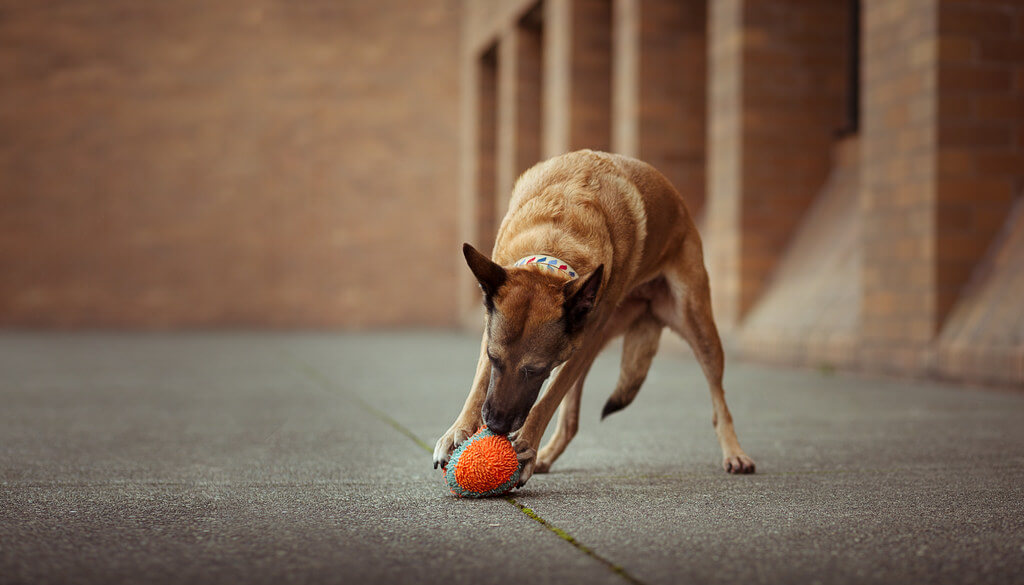 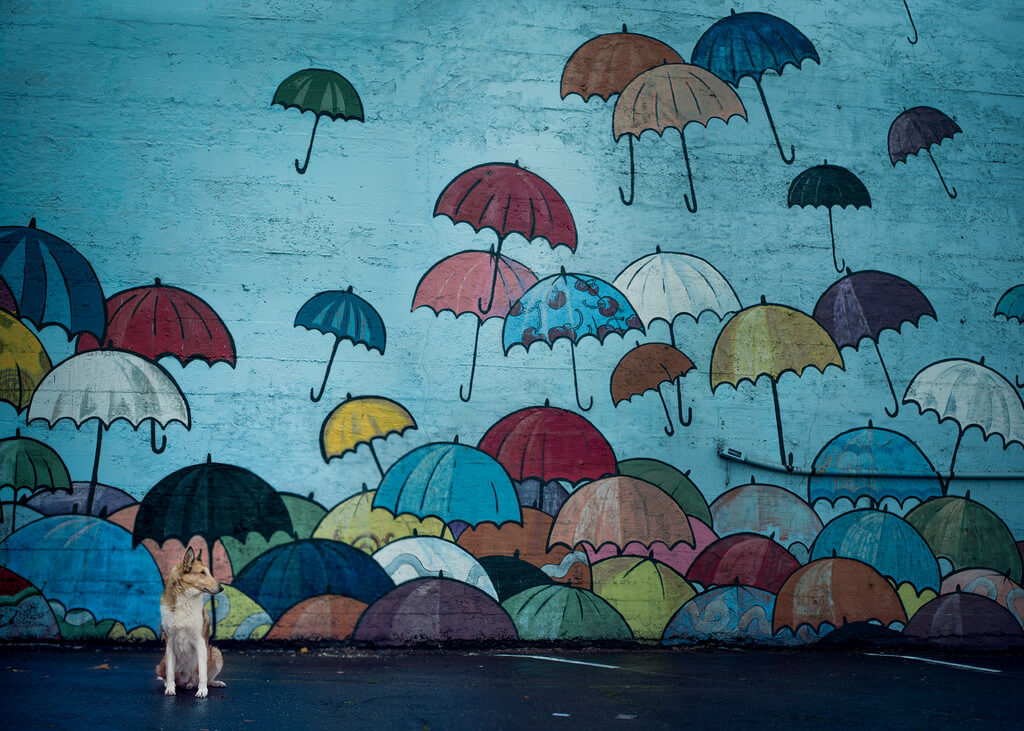 Some photographers would tire of photographing the same subjects for 10 years, but for Katie, there’s always more to learn. Even after a thousand photos, she’s still finding new challenges and fresh ways of photographing her dogs.

In the past couple years, she’s started to experiment more with photo manipulation, particularly composite photos. “I’m still trying to figure it out,” she says, “but I’m loving being able to treat photography like I would a drawing or painting.”

Every manipulated photo she creates takes a while to put together. They all start with an idea, inspired by something in her life. “Over the course of a week, there is usually some mood or thought that I keep coming back to. This past week, it was a sad feeling brought on by an event in a friend’s life and a poem that she wrote about it.”

“From there, I try to think of how to convey that mood in a photograph. How can Grimm, or sometimes Grimm and I, or Grimm and my friend’s kids, be characters in a photograph about this mood or topic? I just spend a lot of time thinking about a mood or topic and how I can express it, then I try to pull it off.”

“In all honesty, I feel very much like a beginner with Photoshop, and my results rarely come close to the picture in my head. That said, I think photography is an ongoing learning process, and I’m happy to be continuing to make progress and challenge myself.” 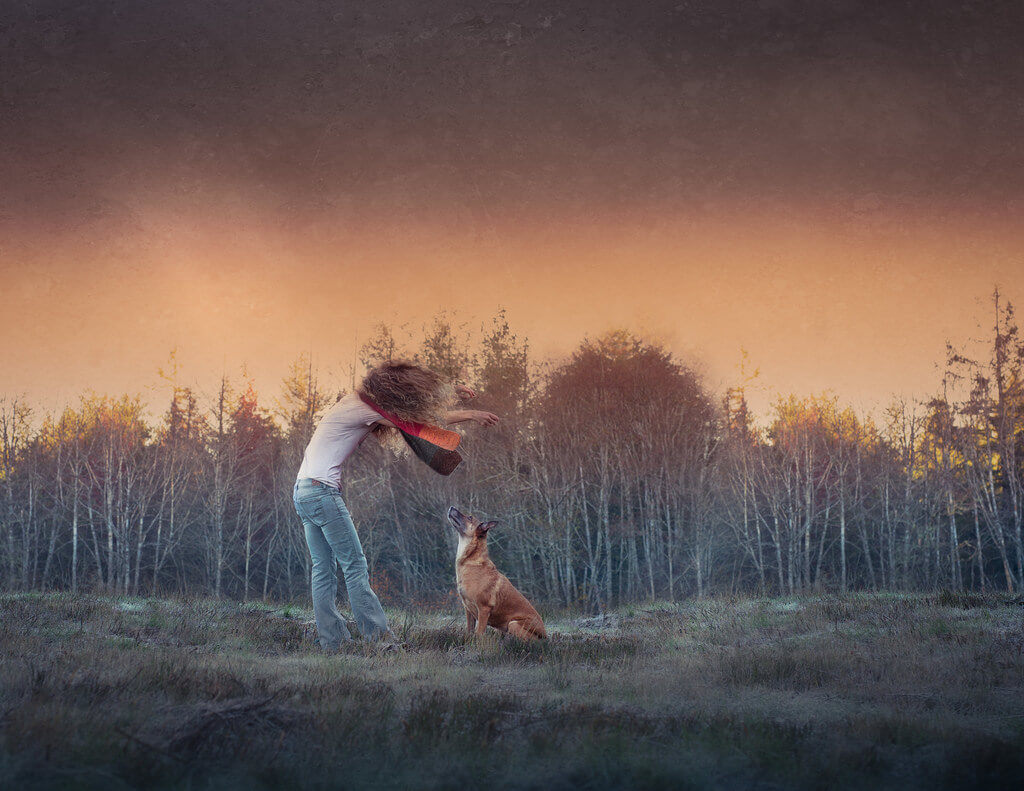 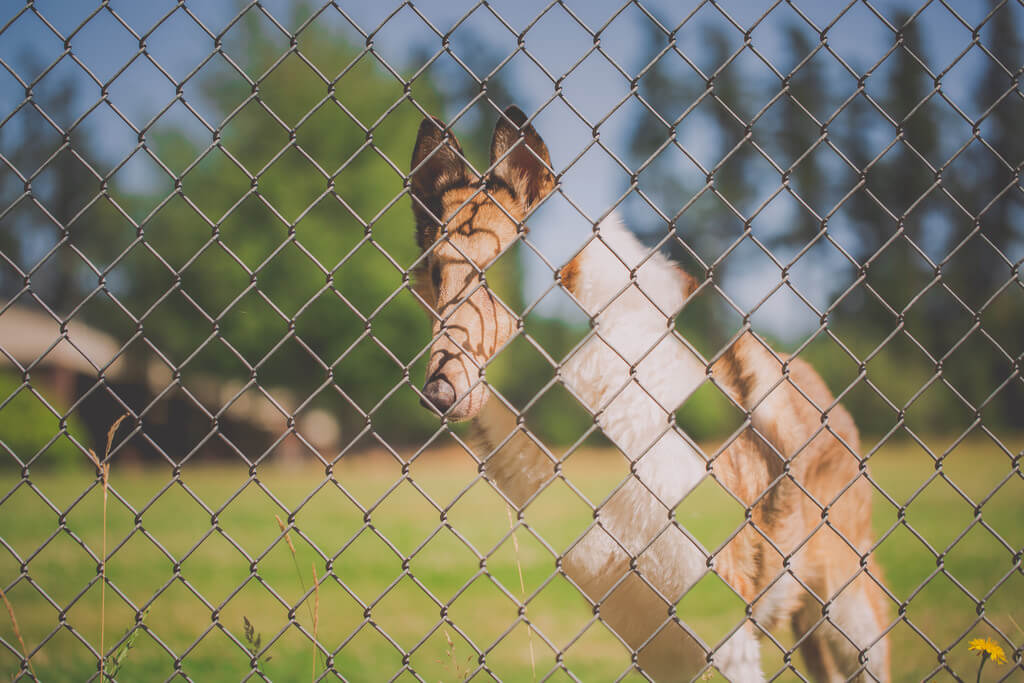 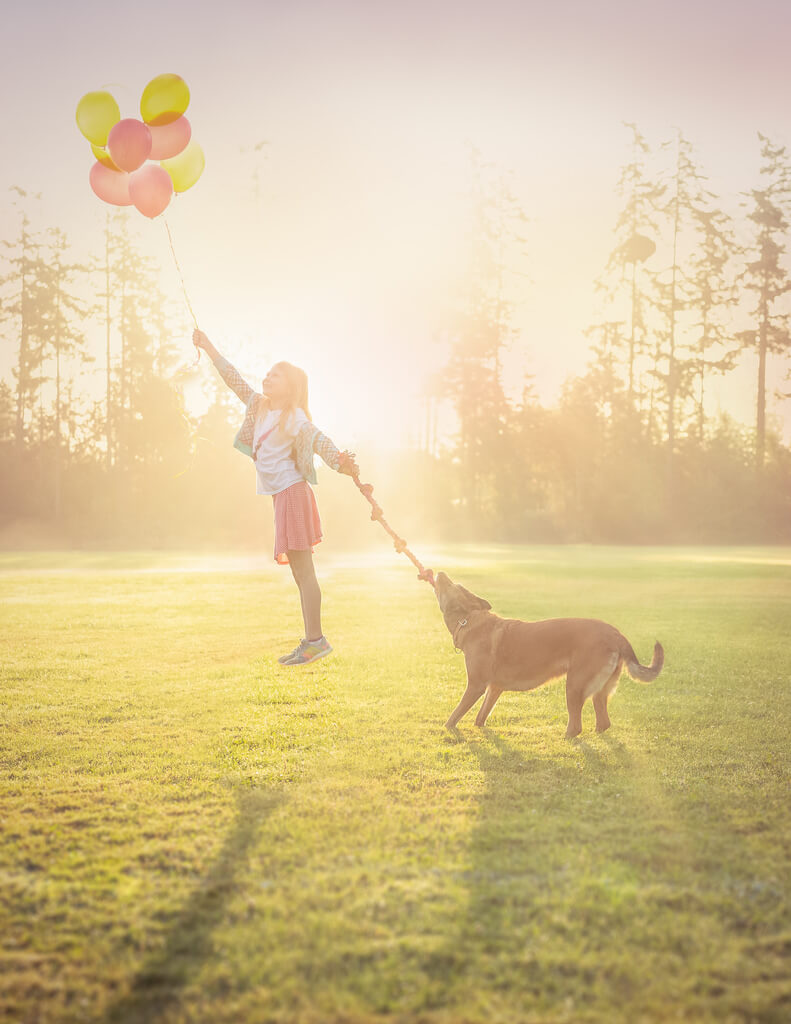 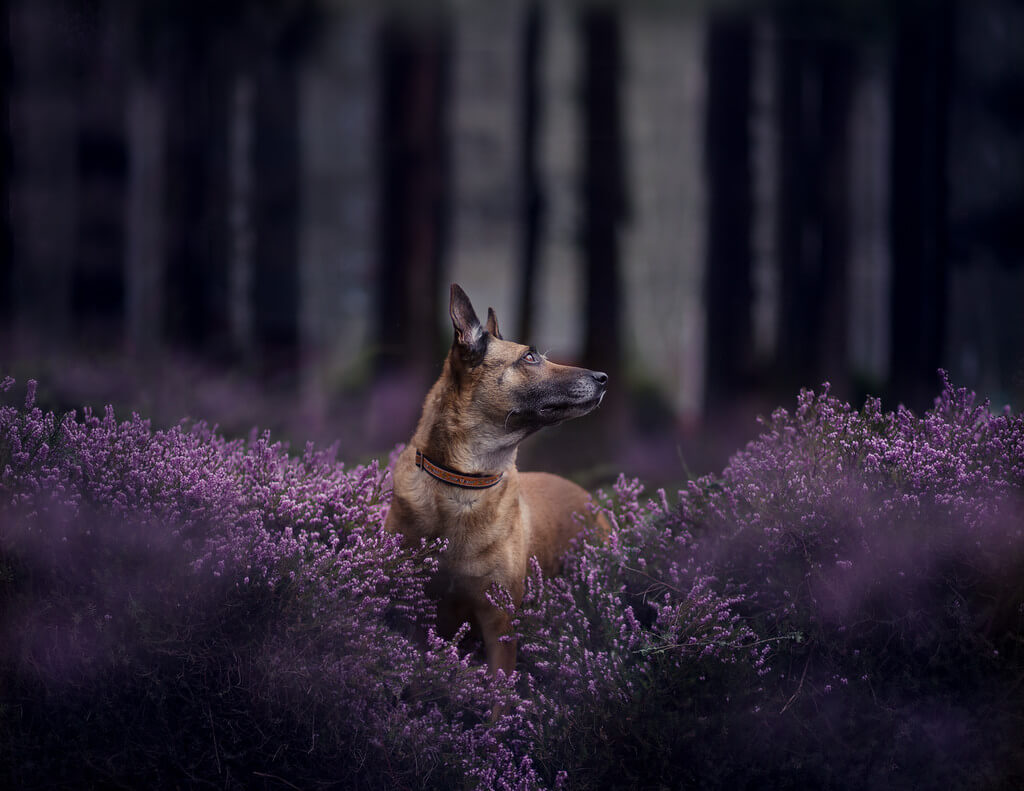 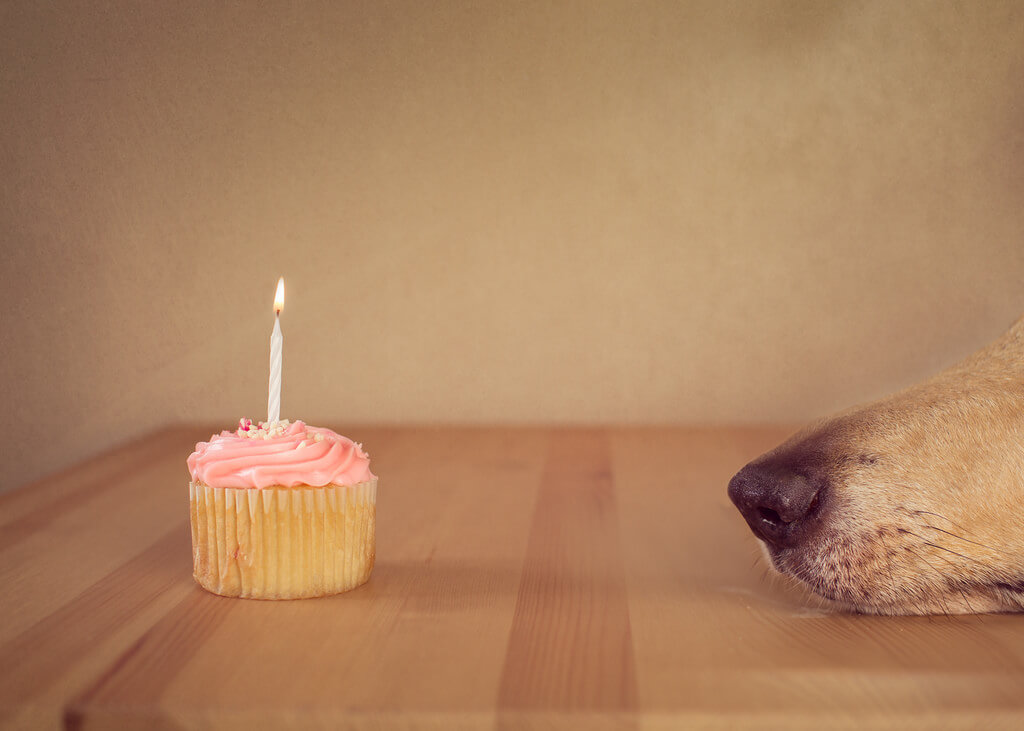 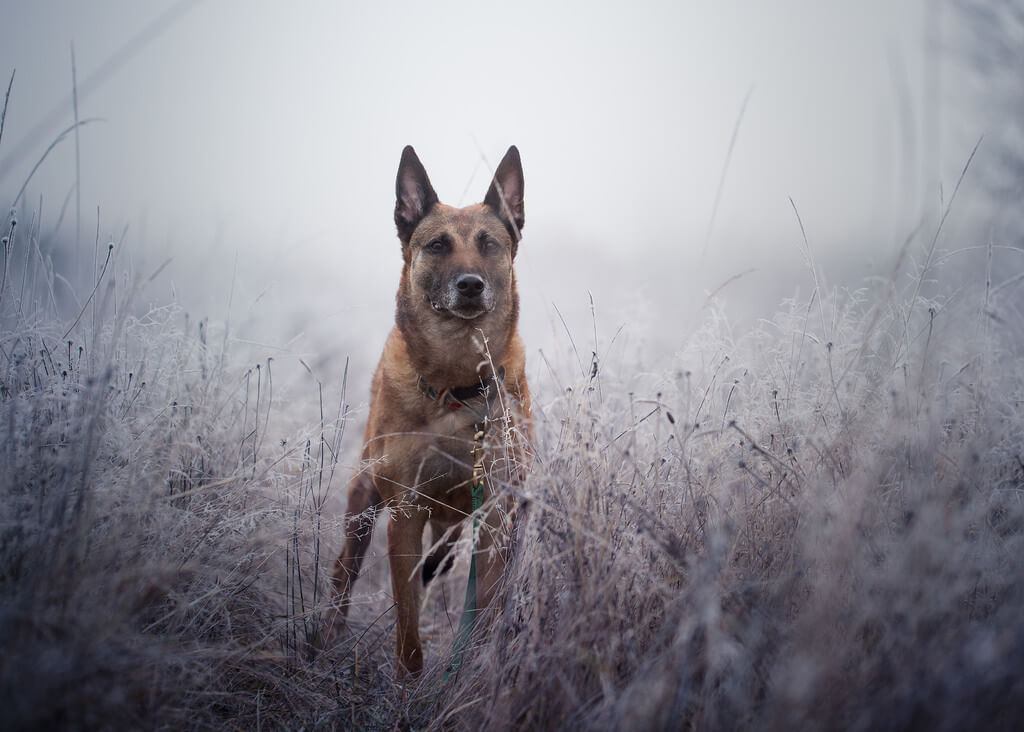 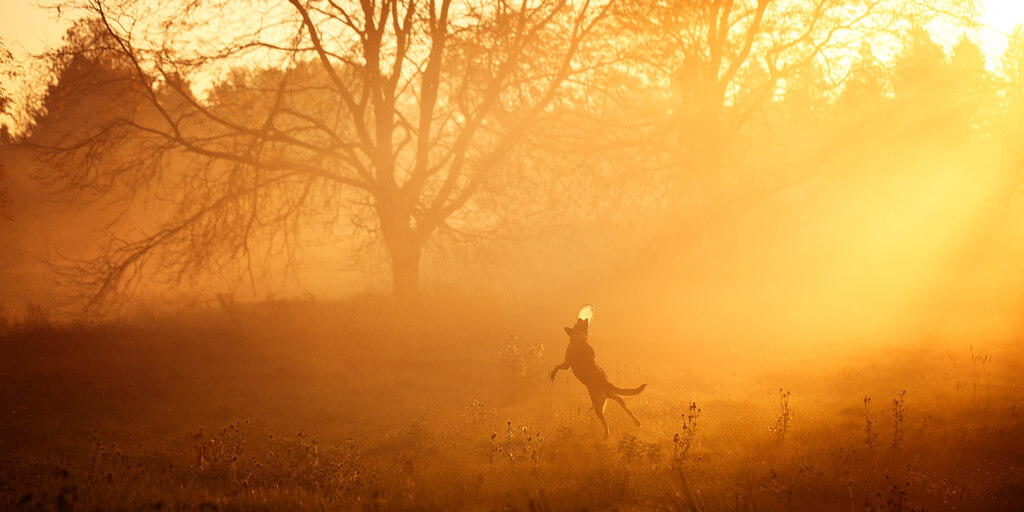 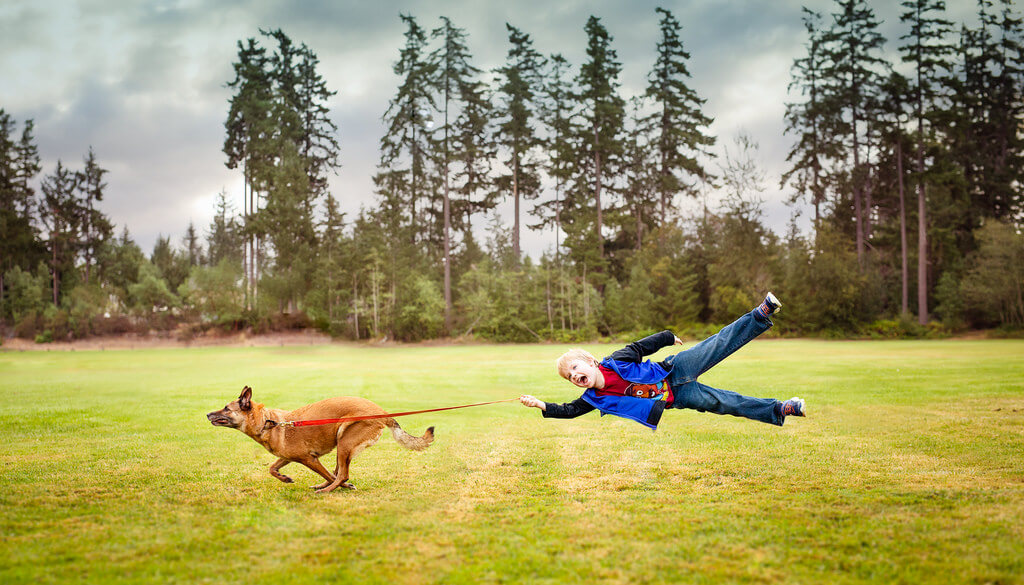 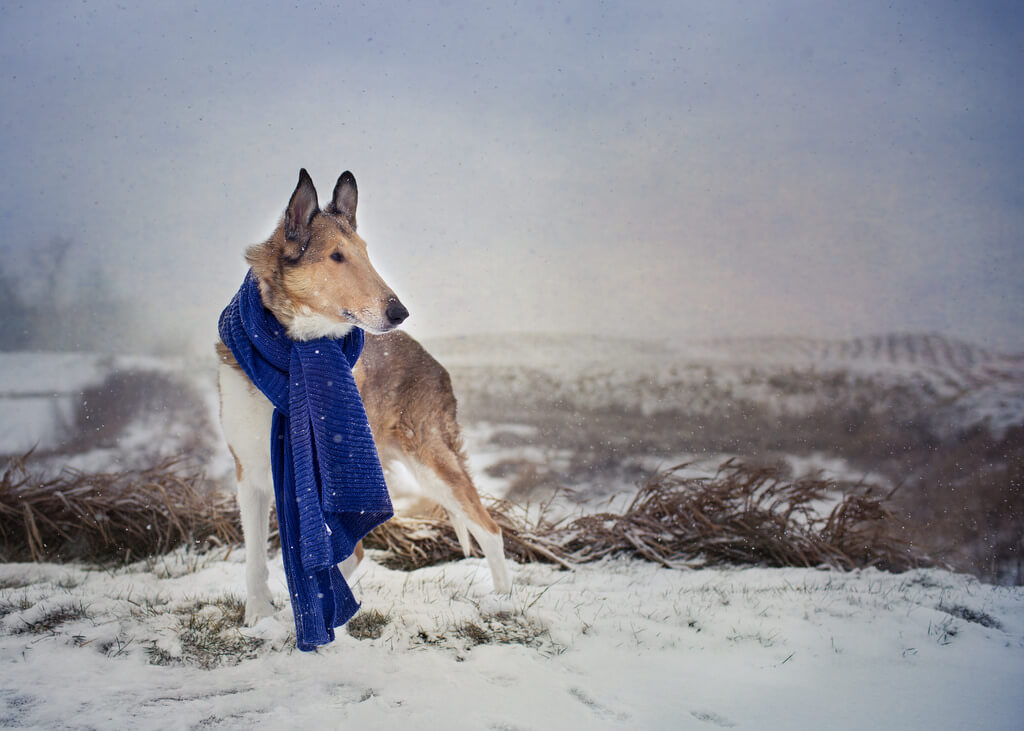 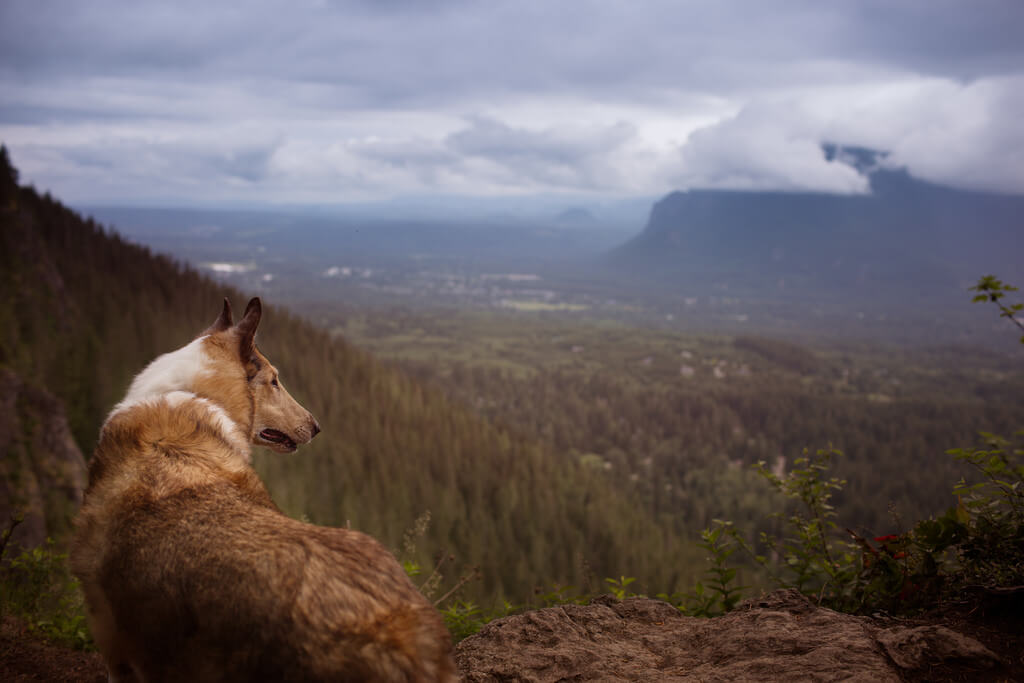 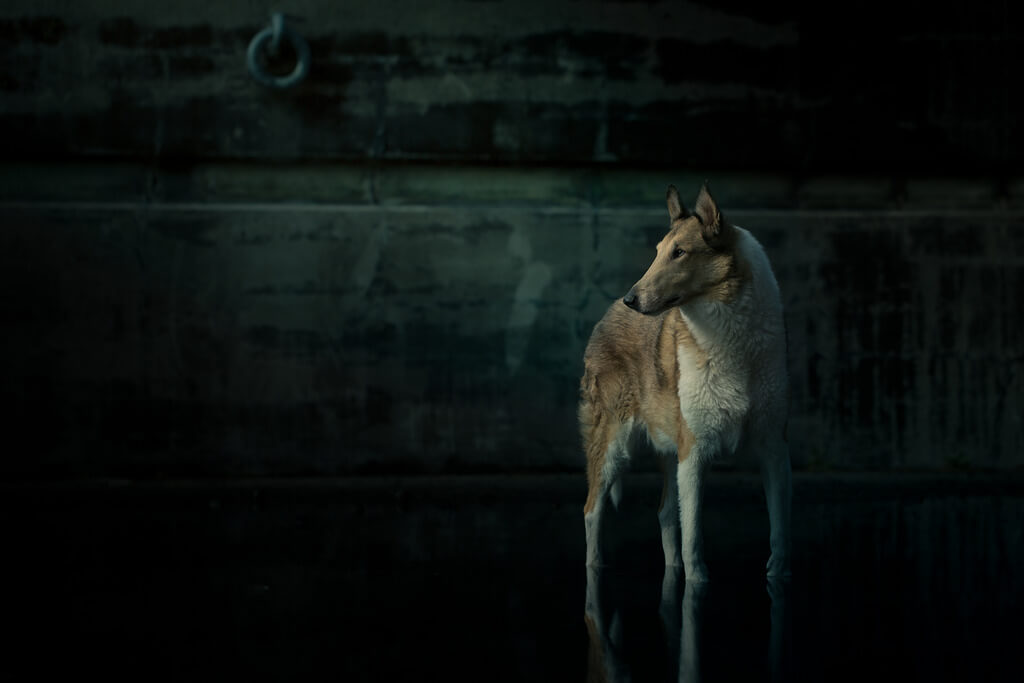 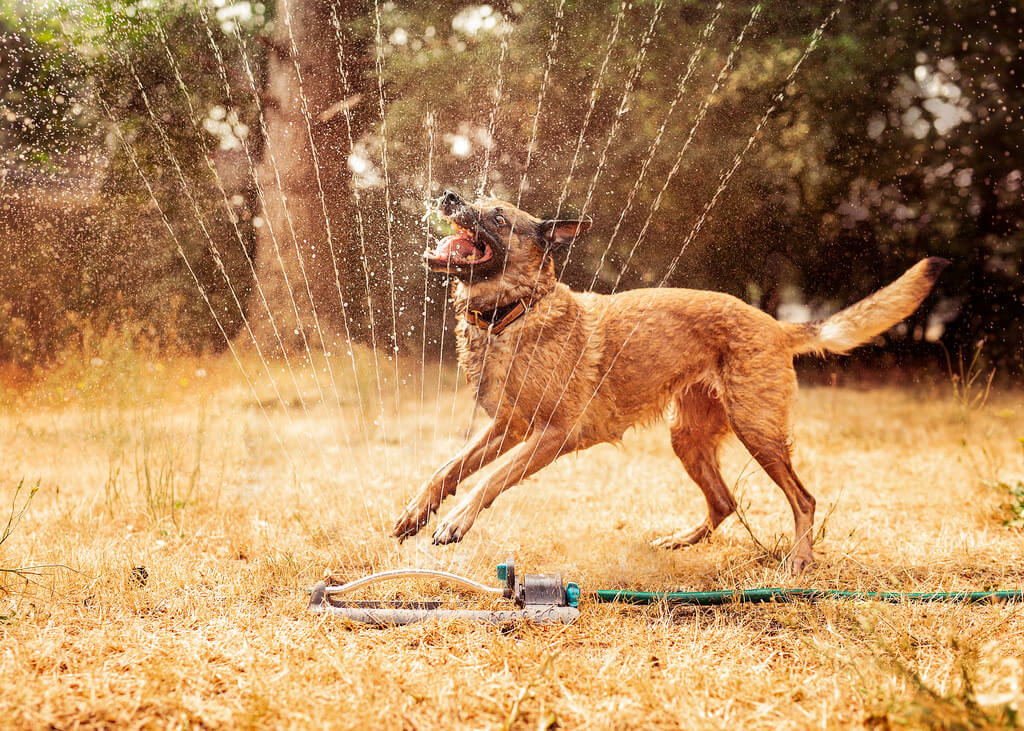 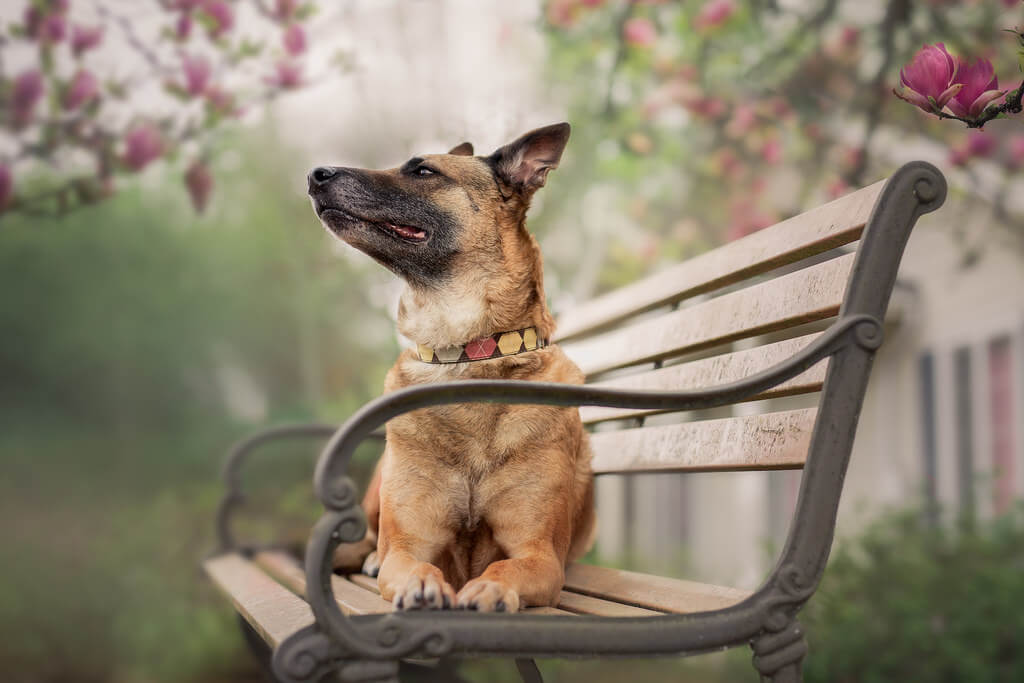 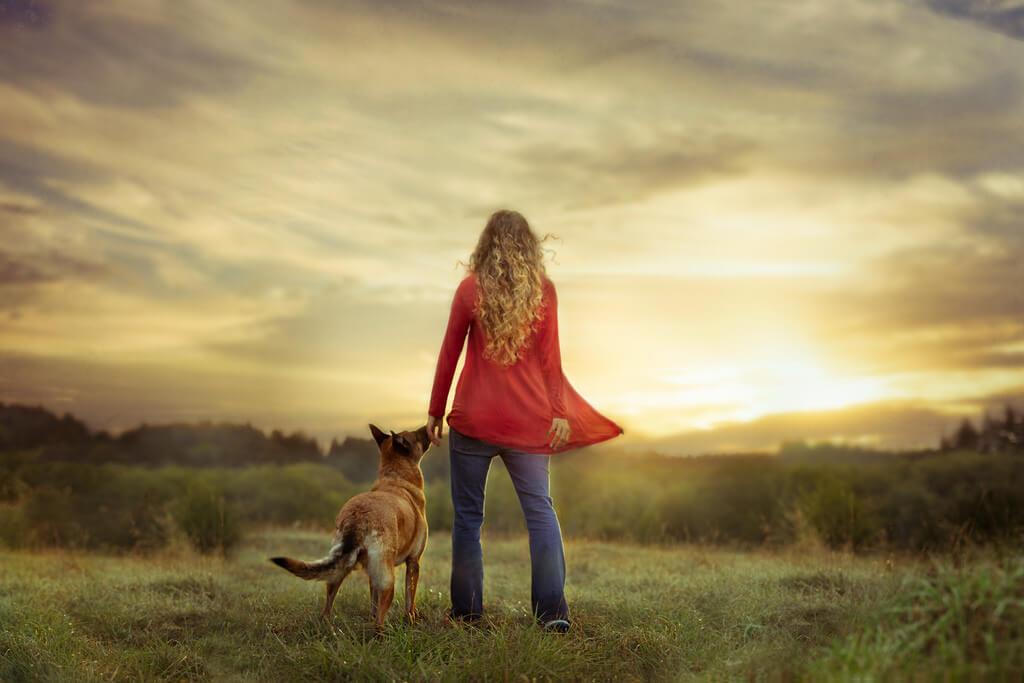