If you browse through Dutch photographer Gladys Klip’s wildlife photos, you might begin to wonder how she’s managed to get such clear, beautiful photos of so many animals. She’s photographed animals ranging from bears and wolves to foxes and little owls. Such variety not only shows her love of nature, but also her patience and dedication.

Her patience is perhaps best seen in her collection of squirrel photos. Granted, squirrels aren’t exotic animals. Compared to bears, there’s less excitement and adrenaline when photographing them. Yet, despite their ordinariness, photographing squirrels can be just as challenging. They’re small, skittish and fast. After trying unsuccessfully to get a photo again and again, you might be tempted to give up, too. A squirrel is just a squirrel, after all.

For inspiration and motivation to overcome this temptation, we’ve chosen to put aside Gladys’s photos of exotic animals (though you can still browse them yourself), in favor of her simple yet stunning squirrel photos. 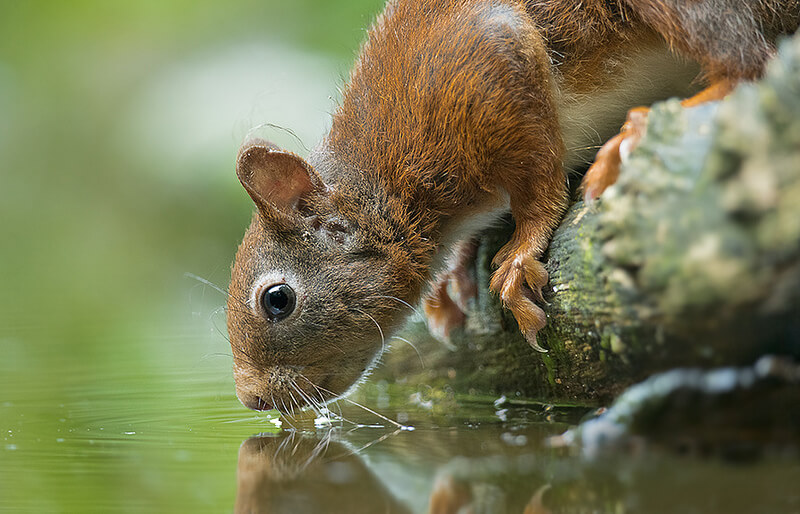 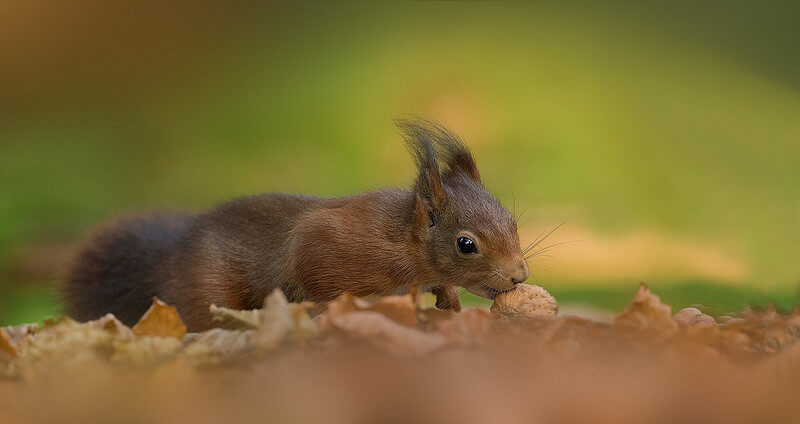 Gladys picked up photography as a child, when her father gave her a little camera to take pictures with during family holidays. “That’s when I became fascinated by photography,” she says. Since then, nature photography has caught her interest. She enjoys being outdoors, watching wildlife and meeting nice people.

You might think that her squirrel photos are just a result of a few outdoor walks close to home, but she actually travels farther than that. Many of her squirrel photos were taken while vacationing in Scotland. She just came back from a trip there, in fact, but hasn’t had enough time to process and post those photos yet.

Isn’t photographing squirrels a boring way to spend a vacation? Not at all. “They are such cute little things!” Gladys says. Their sounds are especially interesting to her. “Once there were 4 or 5 squirrels running around playing, and at a certain moment, you could make out the different noises they made for playing, being angry etc. That was real fun to observe and listen to.” 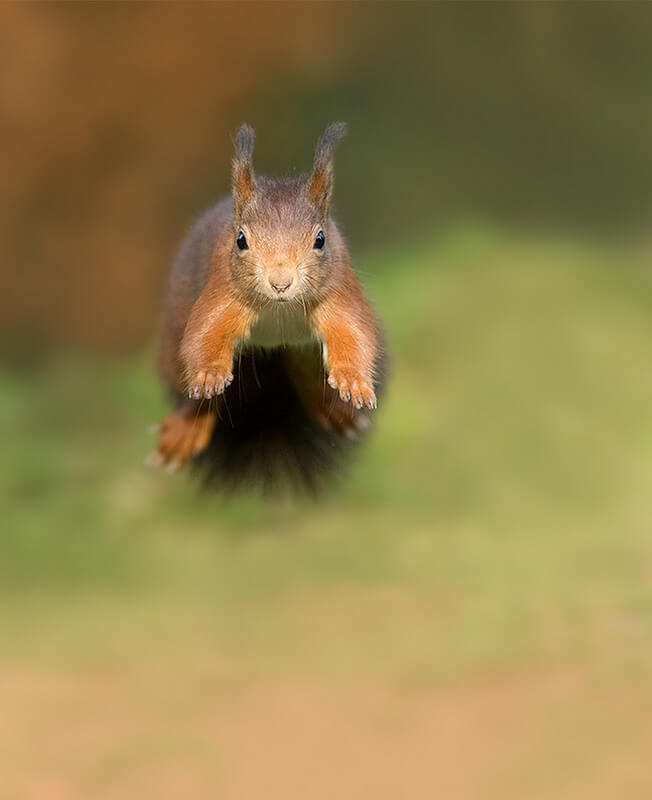 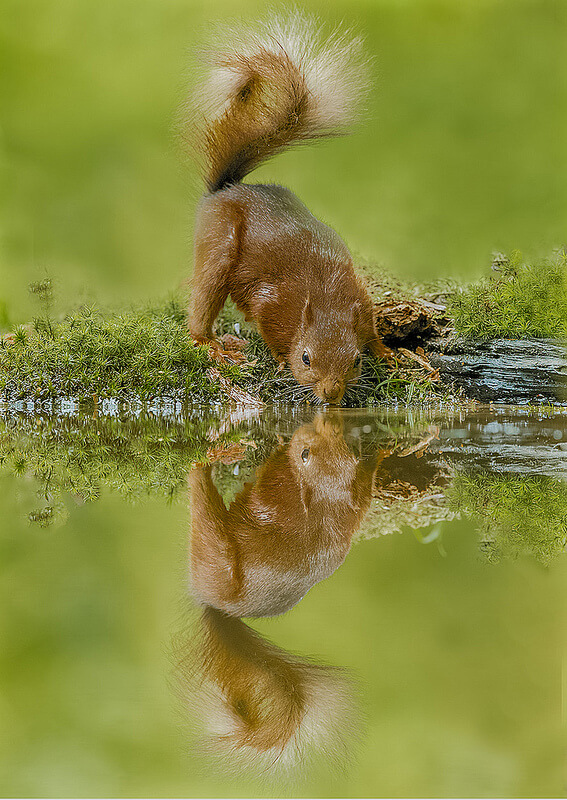 Keen observation is ultimately crucial for taking great squirrel photos. “If you take the time and look at their behavior, you might be able to understand their movements, if only just a little bit,” Gladys says. By recognizing these patterns, you can begin to make predictions.

Being able to predict sporadic movements–even to a small degree–can make the difference between getting and missing a photo, especially since squirrels are such fast creatures. “I am always very concentrated when I photograph wildlife because animals and birds are very unpredictable,” Gladys says. If you want to catch a special pose, “you have to be focused so that you can seize the moment.”

Another tip Gladys offers for photographing squirrels is to get out in the mornings and late afternoon, when squirrels tend to be the most active. Then, when you’ve found a squirrel or two, it’s important to stay focused. “Squirrels move around very fast, so you have to concentrate and try to be a bit proactive, which is extremely difficult. Timing is everything,” she says. “Always use the highest shutter speed you are comfortable with and take as many pictures as you can.”

Several of the techniques Gladys uses with squirrels are the same she applies to wildlife in general. For example, she always gets into a position that is ideal both for her and the animals. In other words, she lowers herself to their level. “Always get at eye level, even when you have to lay on the ground for several hours.” This way, you’ll look as unthreatening as possible, while also keeping your view clear and direct. It might feel strange and uncomfortable at first, but the gorgeous photos afterward are worth it.

To see more of Gladys’s work, visit her Flickr photostream. 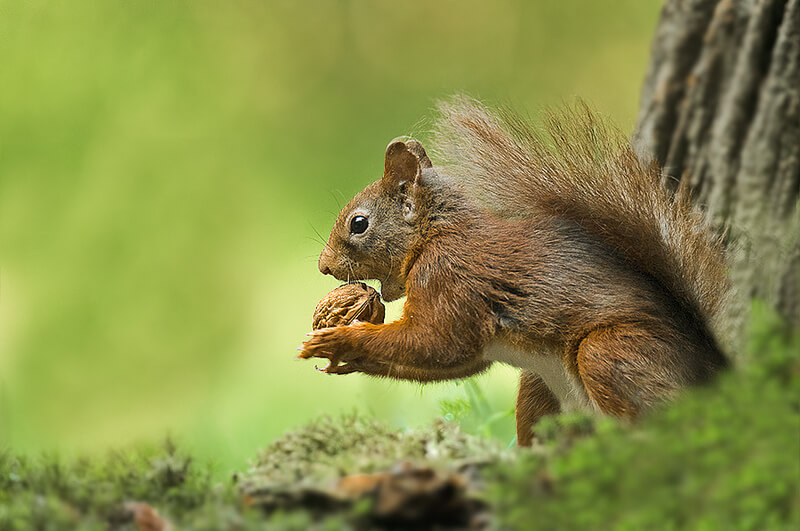 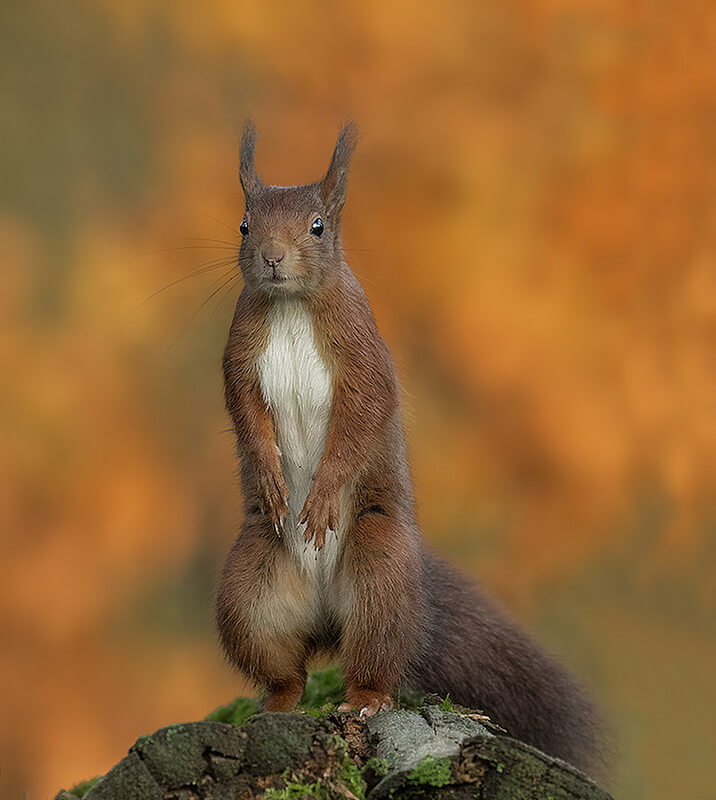 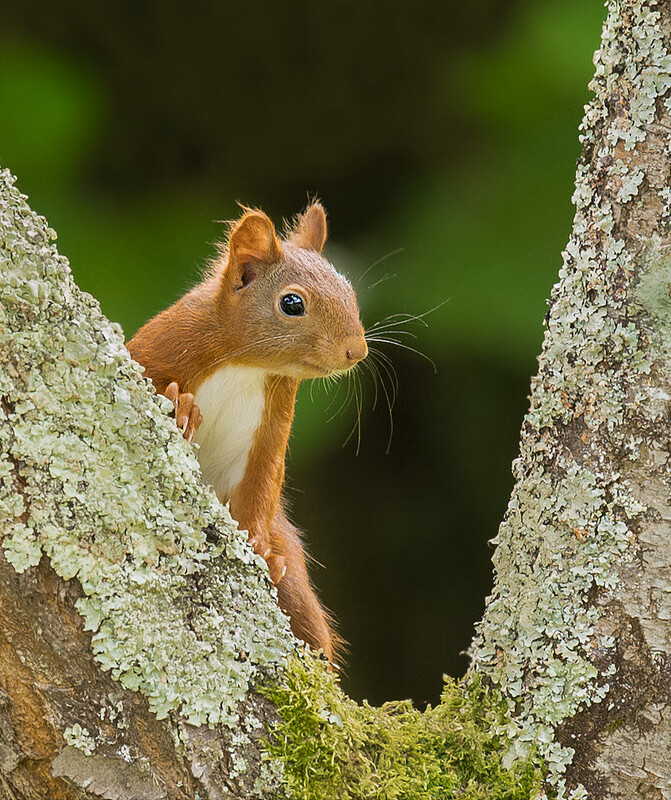 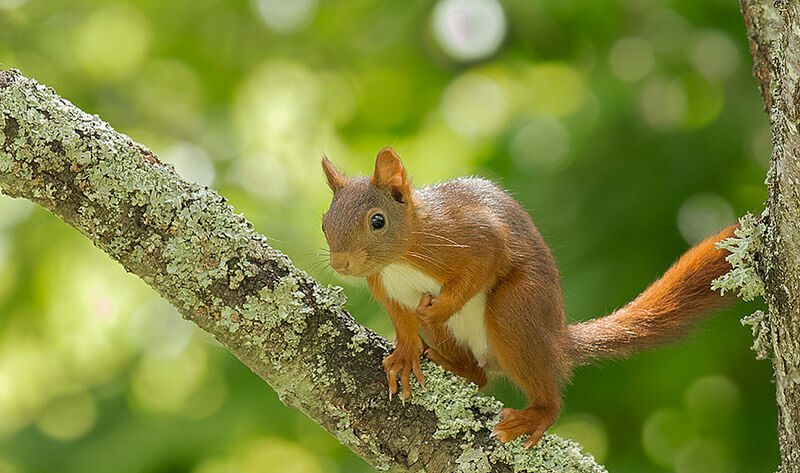 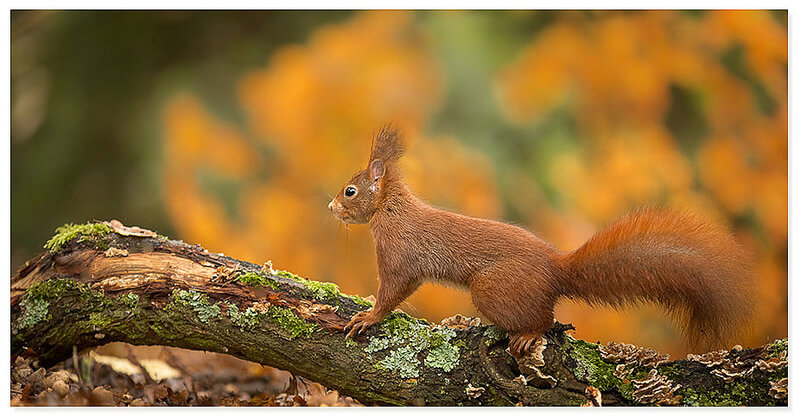 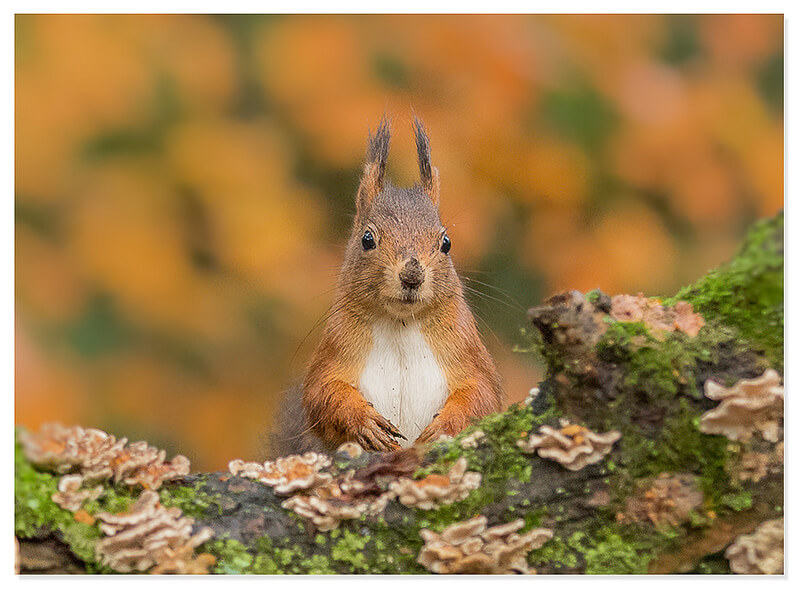 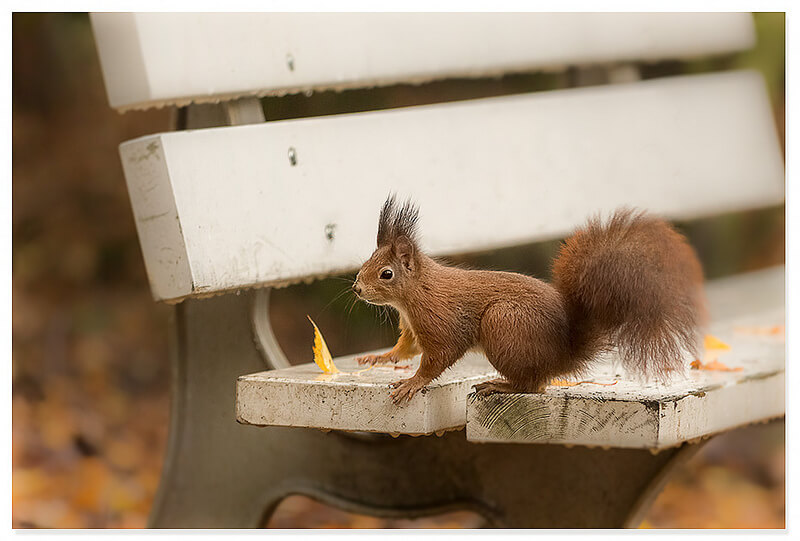 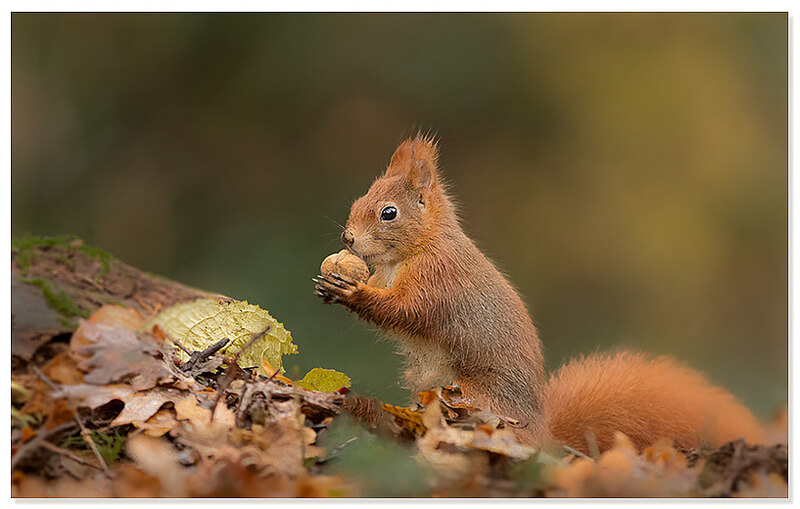 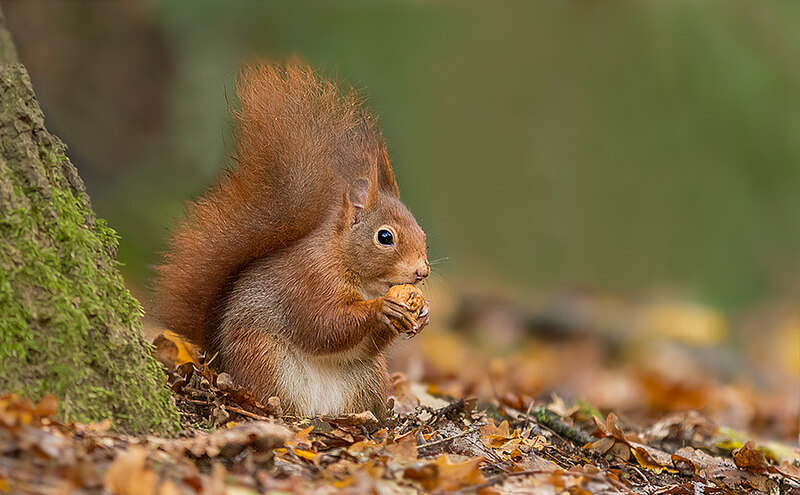 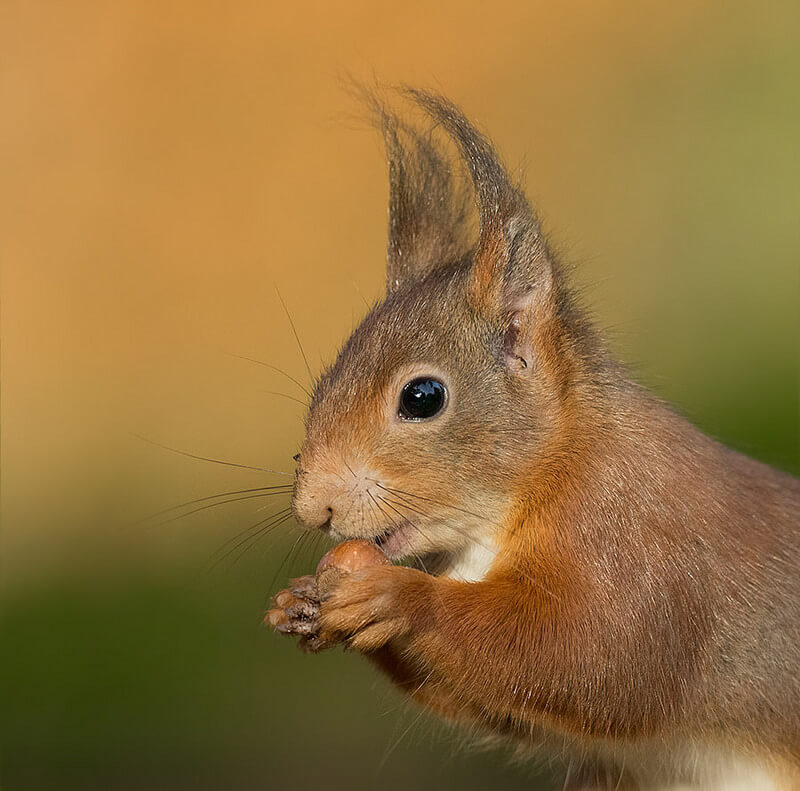 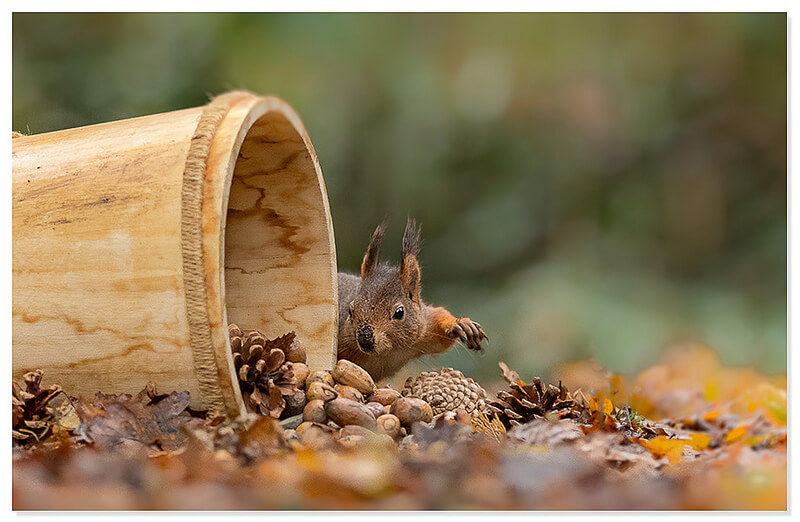 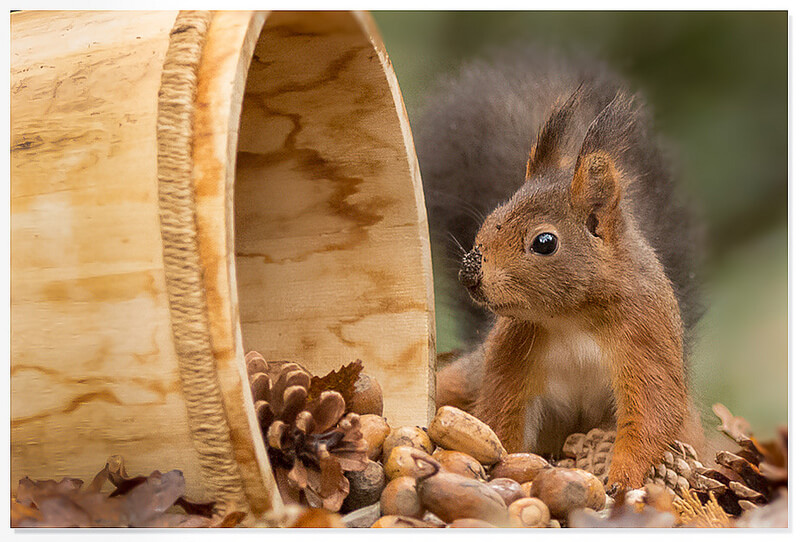 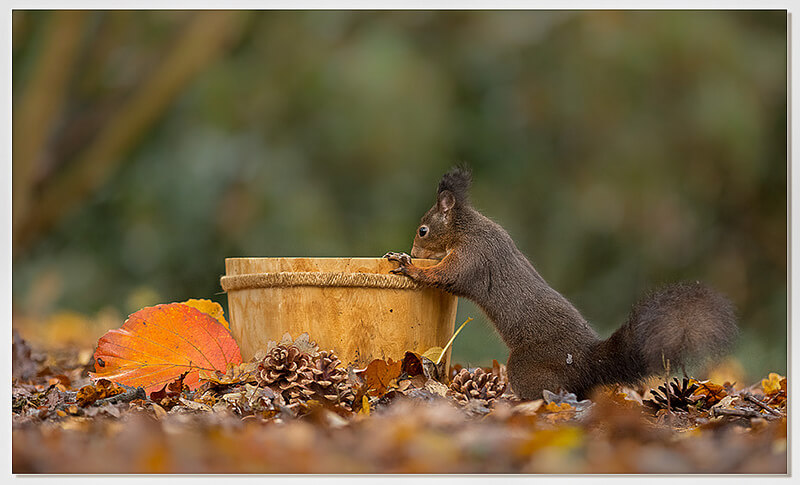 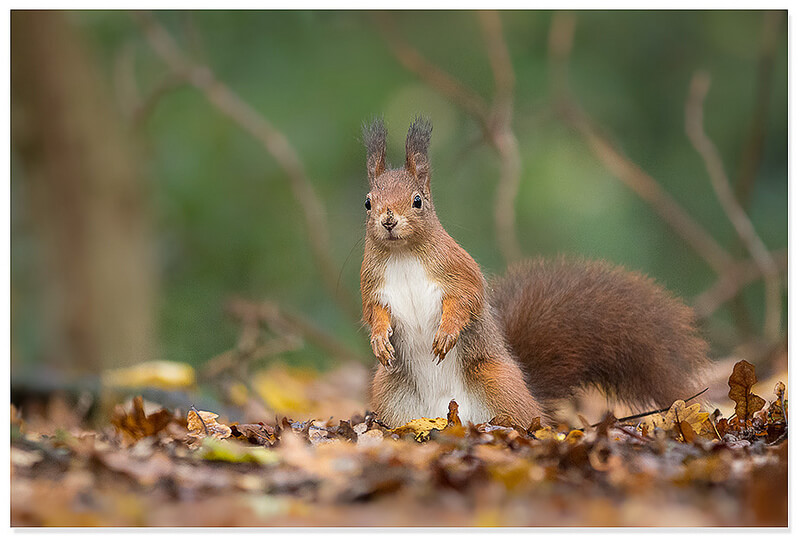 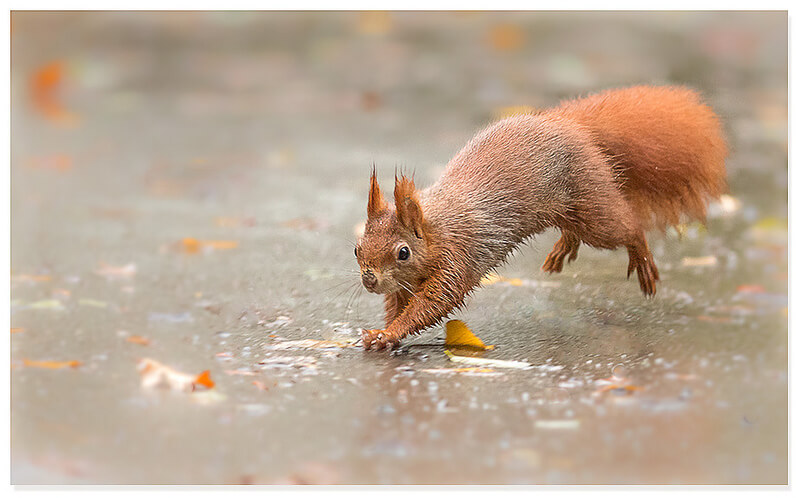 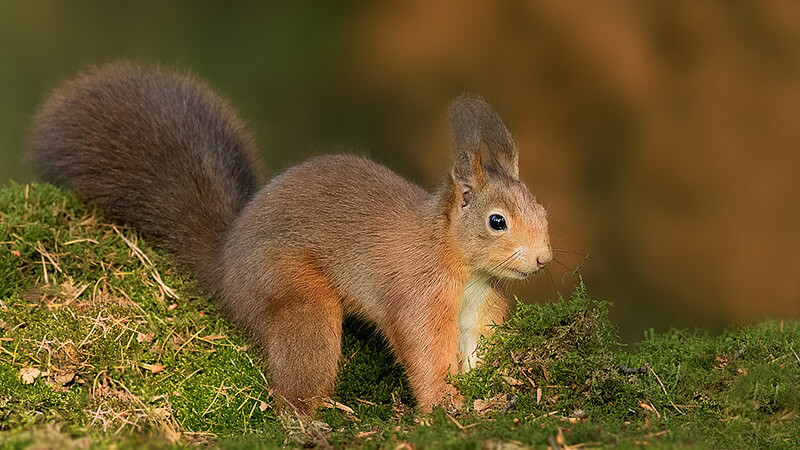