Chip Phillips is an award winning photographer based in Spokane, Washington who was naturally drawn to shooting landscapes because of his love of the outdoors. Over the years he’s developed a bold and dramatic photography technique that has caught the attention of publications like National Geographic, Outdoor Photographer, Digital Camera Magazine, Popular Photography and Imaging, and many more.

To go along with his love of spending as much time outside taking photos, Chip enjoys teaching other photographers how to make better photos through his workshops. With the few that he does every year in high demand, Chip decided to also create instructional videos that give other photographers hours of quality content discussing techniques he uses to make his images.

We asked Chip to share with us a few of his favorite winter landscape photos and talk a little bit about each one. Simply put, the images are stunning.

This is an image that was shot out on frozen Abraham Lake in Alberta just outside of Banff National Park. These bubbles, caused by methane gas, really caught my eye. They had a very 3-D look that I tried to portray in the photograph with a very low angle of view. The overcast skies made the ice very clear and blue. 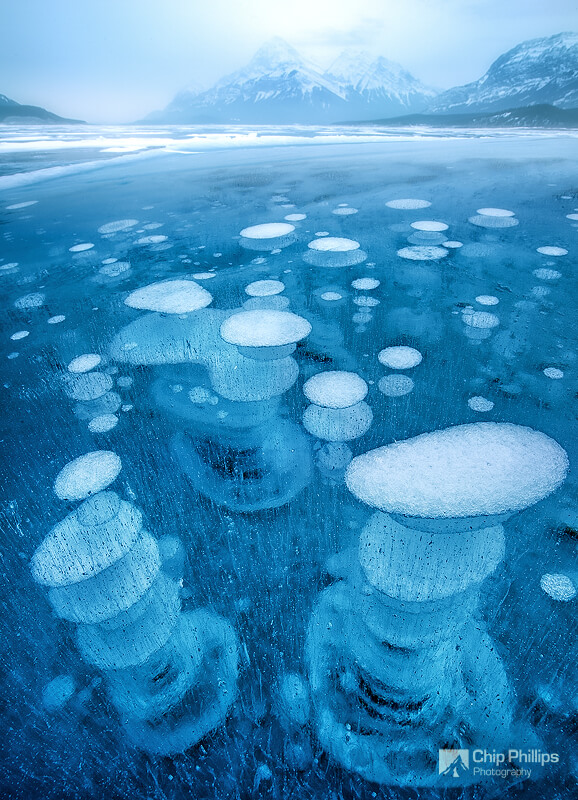 This is an image that I just kind of stumbled upon while driving around one day. It was midday and this little frozen pond with these unique sticks sort of frozen in time caught my eye. I walked down and took some shots and ended up with a few keepers. 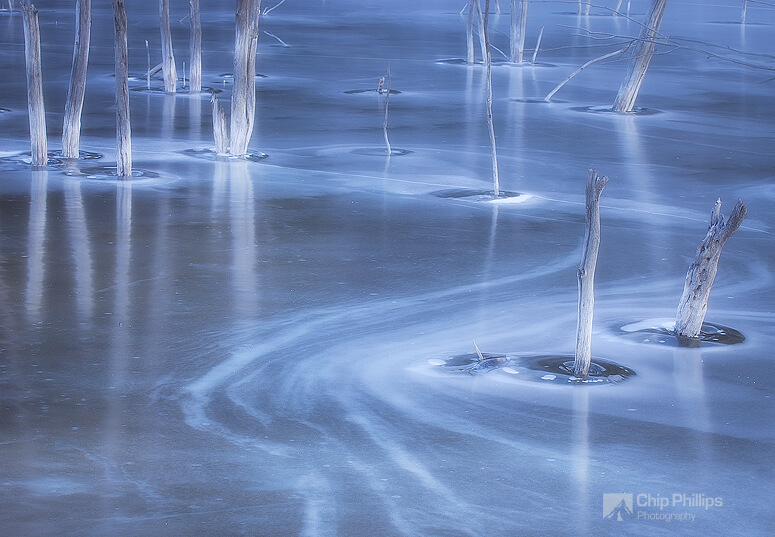 This is an image that I shot in Grand Teton National Park in the dead of winter early one morning. The fog that morning was covering the entire mountain range, but I waited for a while to see if it would clear up a bit and was rewarded with this scene just shortly after sunrise. 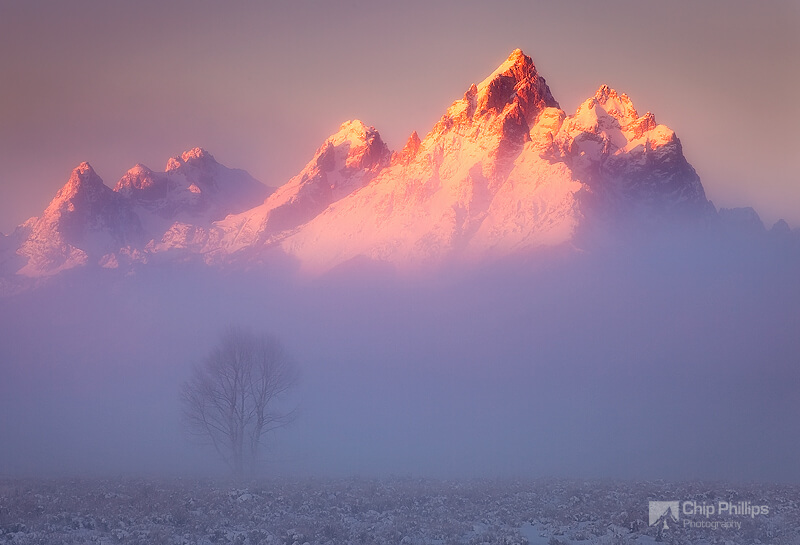 This image was shot on the Athabasca River in Jasper National Park at sunset. This particular stretch of the river caught my eye, and I spent many sunrises and sunsets here. This one is my favorite from that spot. 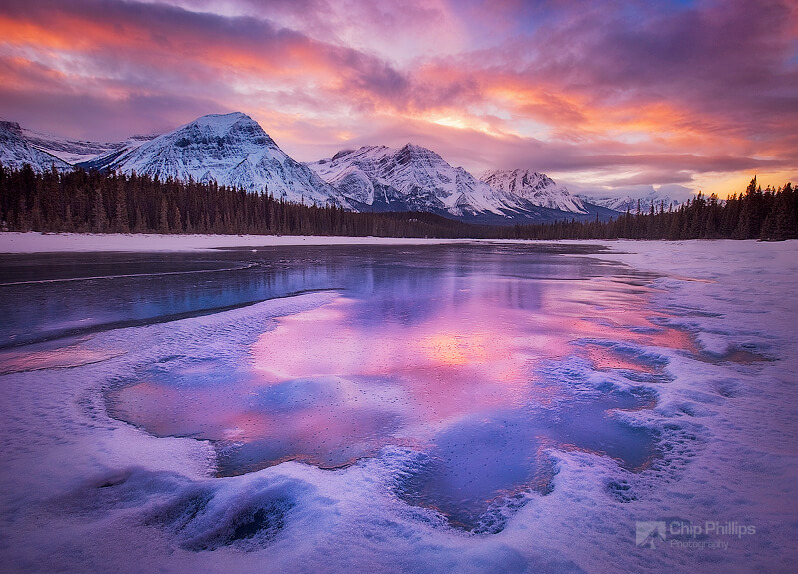 This image was shot during winter at Lake McDonald in Glacier National Park during an extremely cold week. The daytime highs were in the -20F range. Back then I was bit more crazy and not quite as smart. I actually slept in my Honda Civic the previous night and it was cold, very cold. 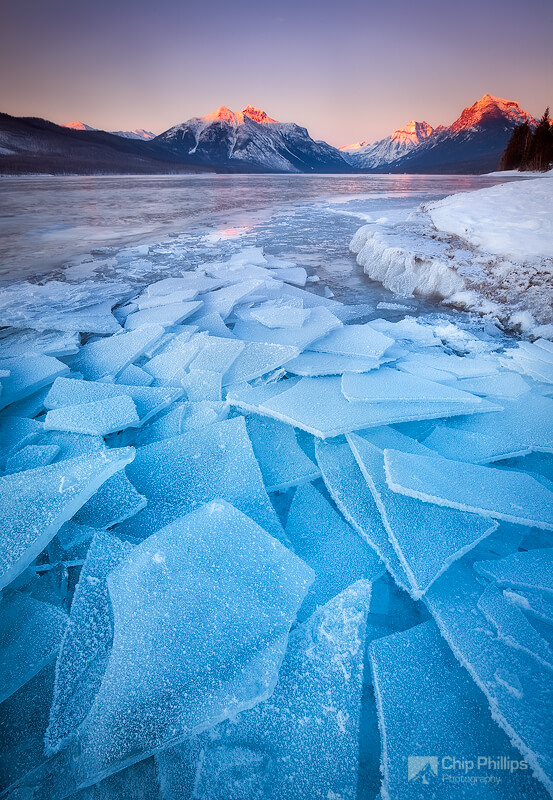 This is an image shot during winter in Kananaskis Country, about a 45 minute drive outside of Banff National Park, Alberta Canada. This location has since been altered from some severe flooding a couple of years back, so I am very glad to have been able to see this area as many times as I did before the floods came through. There aren’t very many places in the region with water that is not frozen during winter. Places, like this particular one, have open water year round (usually) because of warm springs. 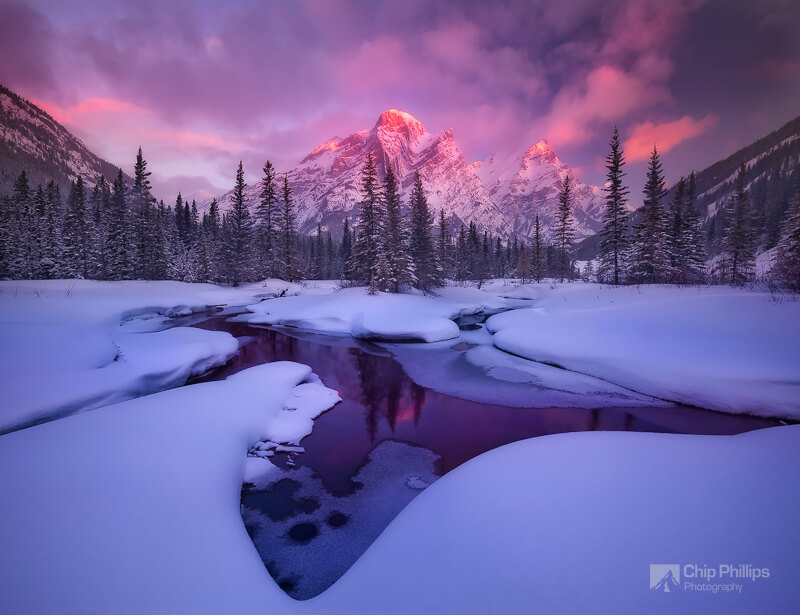 I am lucky to live within a 1 hour 45 minute drive of this spectacular area which allows me to be able to see it during every season. Snow is rare in the area, and I was happy to capture the frozen scene with a dusting. 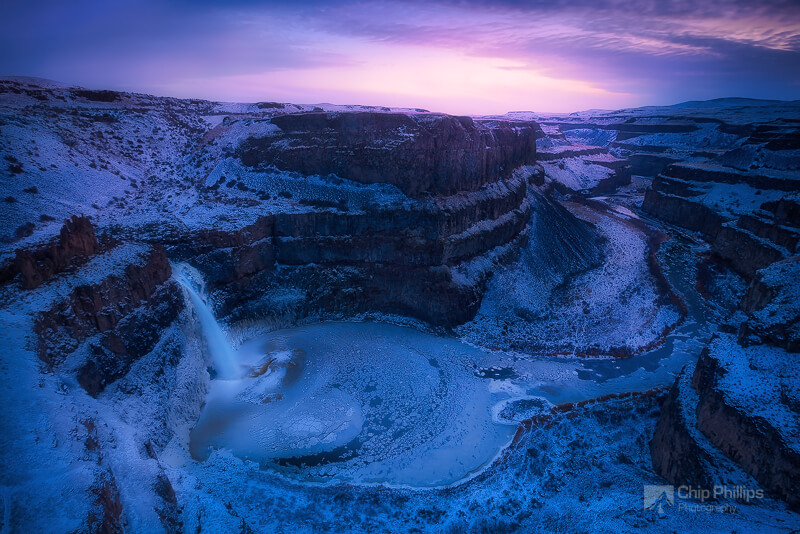 This image was shot on the summit of Mount Spokane above the fog during sunset. It was a very foggy day down in Spokane, but a trip up to the summit on snowshoes and I was out of it. It was extremely cold for some time and the rime ice had been building on the trees. To this day, I still haven’t seen those trees looking so cool. 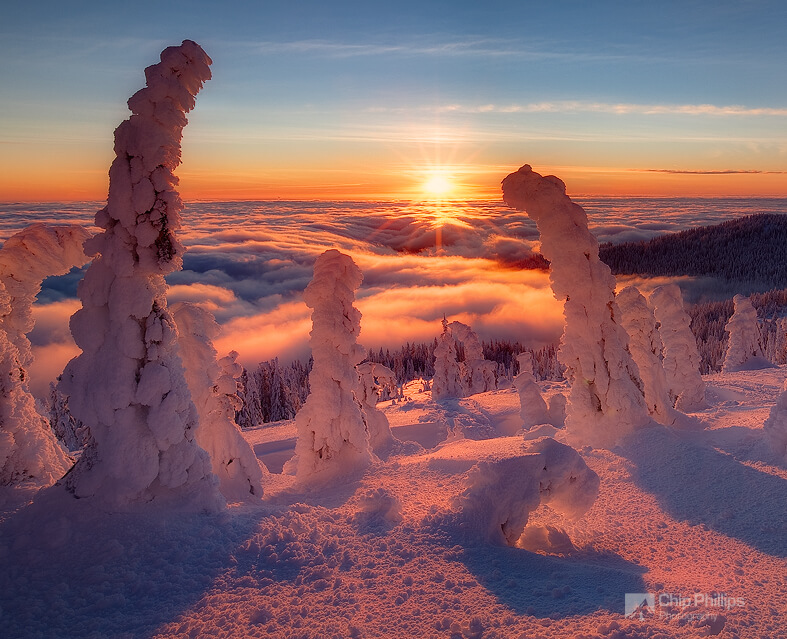 Chip has just released the first video in his “Start-to-Finish” series where he takes you through his entire editing workflow of one of his winter images (link). The helpful tutorial will give you a good idea about the process behind Chip’s approach and the steps involved in editing an entire photo from start to finish. 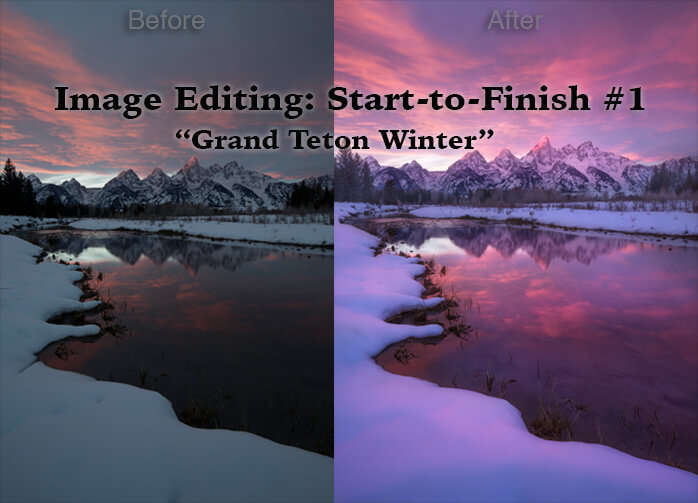 Some of the techniques Chip uses in the video include:

Find out more about Chip’s video series as well as see more of his amazing work on chipphillipsphotography.com and his Facebook page. 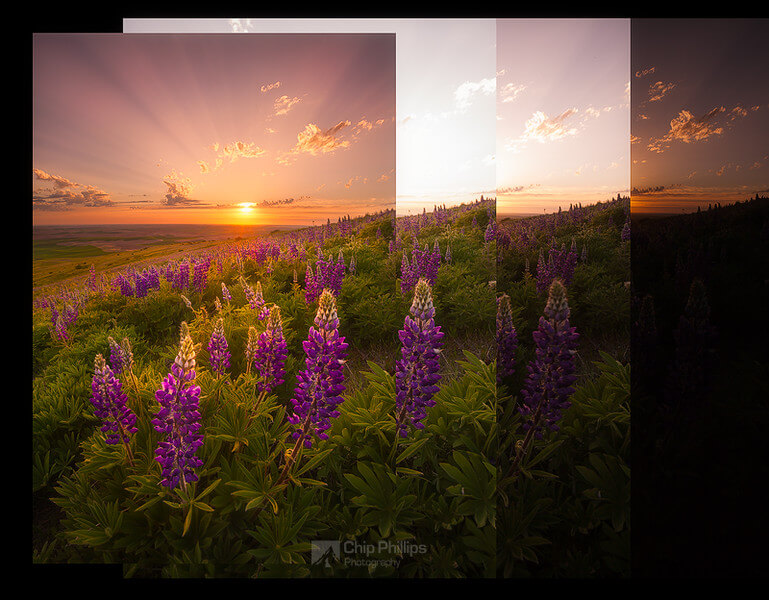