Ali Waxman has an extremely interesting ongoing street photography series called “Scenes at the Bus Stop”. It’s a wonderful series depicting a moment in time of diverse people with a common purpose. I find this concept beautiful. Below Ali describes the project and a little about himself.

There’s a street corner in downtown Harrisburg, Pa that I feel is a juxtapose of modern life. On one side of the street is the lovely and super expensive Hilton luxury hotel, where BMW’s, Mercedes and Jaguars are parked for their owners, so they can eat in expensive restaurants and sleep in luxurious accommodations. On the other side of the street is the bus terminal, where homeless, the hard-working, and single mothers wait together for public transportation to take them to work, home or elsewhere.

The haves and the have nots.

My scenes at the bus stop began with just seeing an interesting and engaging composition with diverse people waiting at the same place at the same time for the same reason. I choose to keep them all in black and white for the simple reason of uniformity.

Everyday there was a new scene with new characters. So, for me, that’s the driving force that keeps me coming back. Framing, timing and my desire to show the power of the human spirit rather than their plight has always been my intention. Also, I feel it is extremely important to add an element of humor into my photographs.

My ultimate goal is to be able to pay for the bus fare of those I photograph.

My “Scenes at the Bus Stop” series is a mixture of street photography and a slice of life with a juxtapose thrown in.

With influences as diverse as iO Tillett Wright and Daniel “Smoothdude” Kreiger, new scenes are generated from both diverse and basic elements of life.

Ever since I was a teenager I have been fascinated by the essential unfairness of relationships. What started out as yearning, soon became a corrupted cacophony of power, leaving only a sense of failing and the unlikelihood of a new beginning.

As shifting moments become reconfigured through boundaries and academic achievements, viewers of my scenes at the bus stop are left with a clue to the darkness and beauty of our existence through subtle or overt suggestions about social injustice in powerful ways.

You can see more of this ongoing series here, http://waxmanphotography.com/category/bus-stop-scenes/. 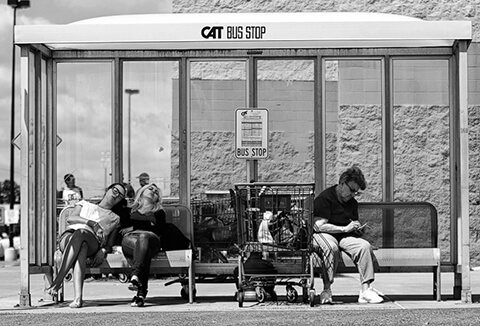 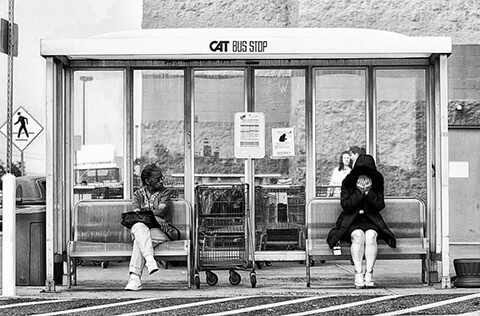 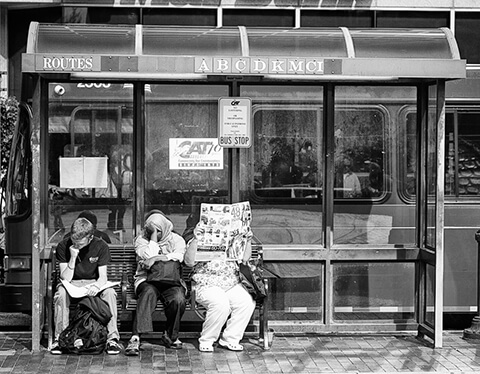 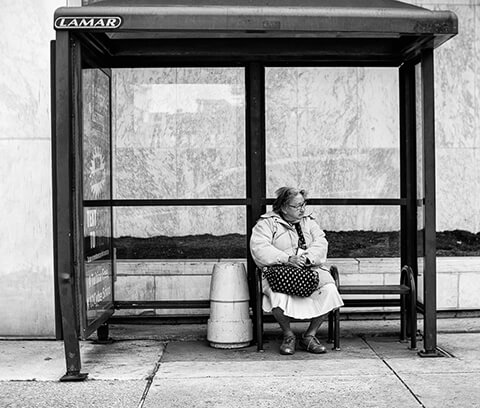 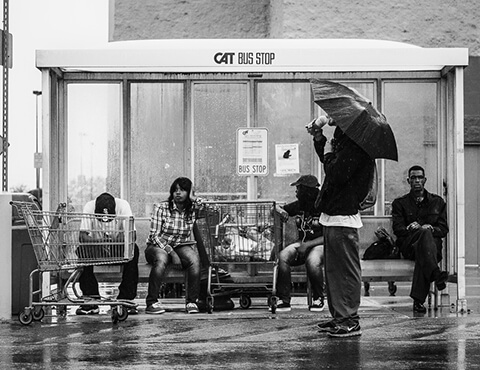 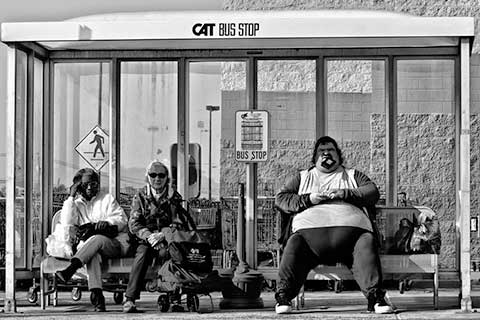 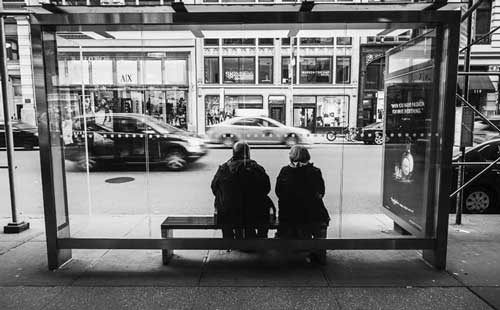 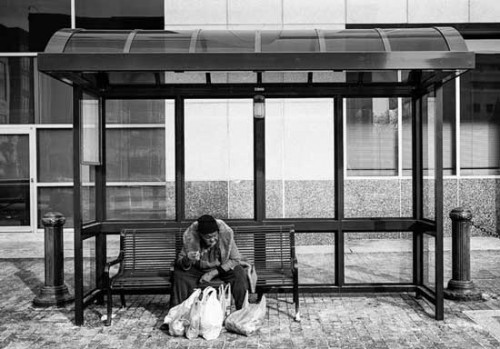 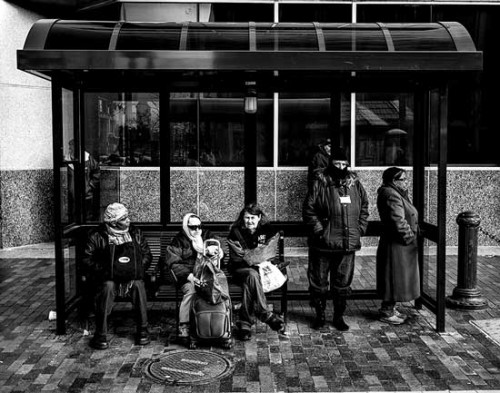 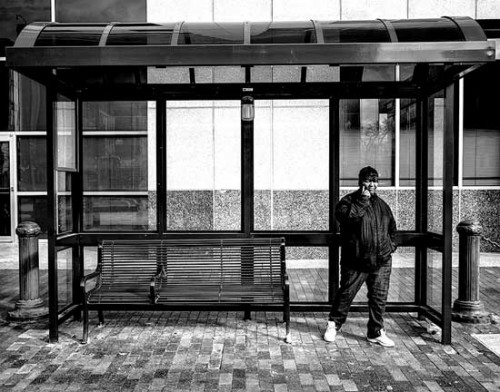 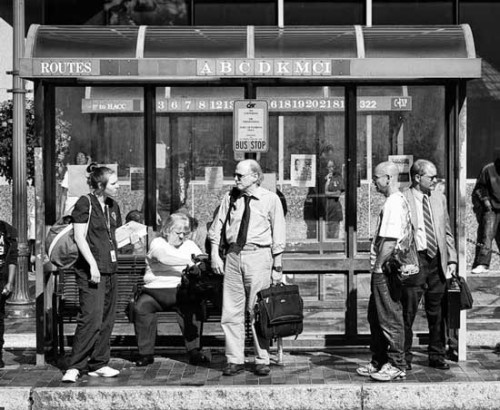