The night sky is an awe-inspiring photography subject, yet also an intimidating one. You have to be the right location at the right time, with enough knowledge of the exposure triangle to take a good picture in low light. These challenges can discourage photographers from going out and shooting the night sky. That’s unfortunate because the night sky is amazingly beautiful. The rewards far outweigh the challenges. 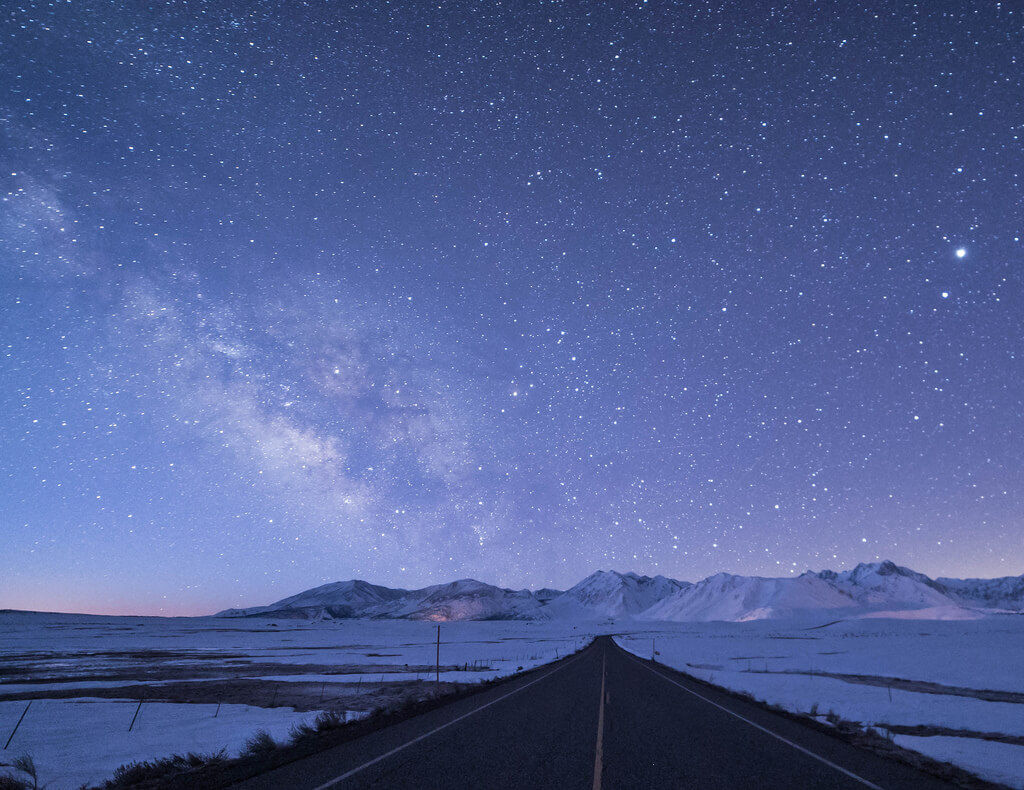 And in fact, you don’t need to be an expert or have a cutting-edge camera to get nice photos of the night sky. All you need is a decent camera and a tripod with a cable release. It might take a bit of learning and practice, but in the end, you’ll get images you can be proud of.

To help you get started, read these simple tips for photographing the night sky
from Grant Ordelheide, an experienced outdoor photographer. He offers some basic and not-so-basic suggestions for getting incredible night sky photos.

For more in-depth instructions, read this beginner’s guide to improving your night photography. It’s a good place to start if you know nothing and want to learn everything.

If you’ve left your DSLR at home (or don’t have one), you can also check out these 5 tips for capturing the night sky with your smartphone. You can definitely take cool night sky photos with a smartphone – you just have to learn how.

One you’ve learned the basics, getting good shots is just a matter of going out and doing it. Below are some inspiring examples to motivate and give you ideas for your next shoot!

The Milky Way has a low surface brightness, which means it’s difficult to see if the sky is too bright. For example, if there’s a full, bright moon or a lot of light pollution, the Milky Way is one of the first sights to disappear. You definitely won’t see it from a city, but you might get a glimpse of it near a small town. It’s so spectacular that it’s worth traveling to a remote area to just to see and photograph it. 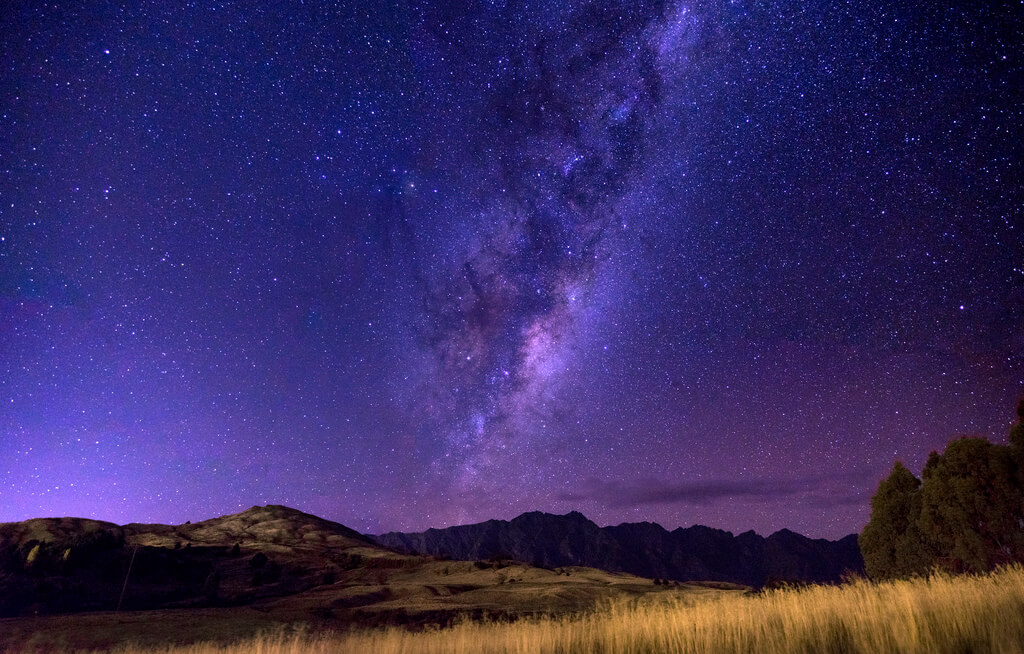 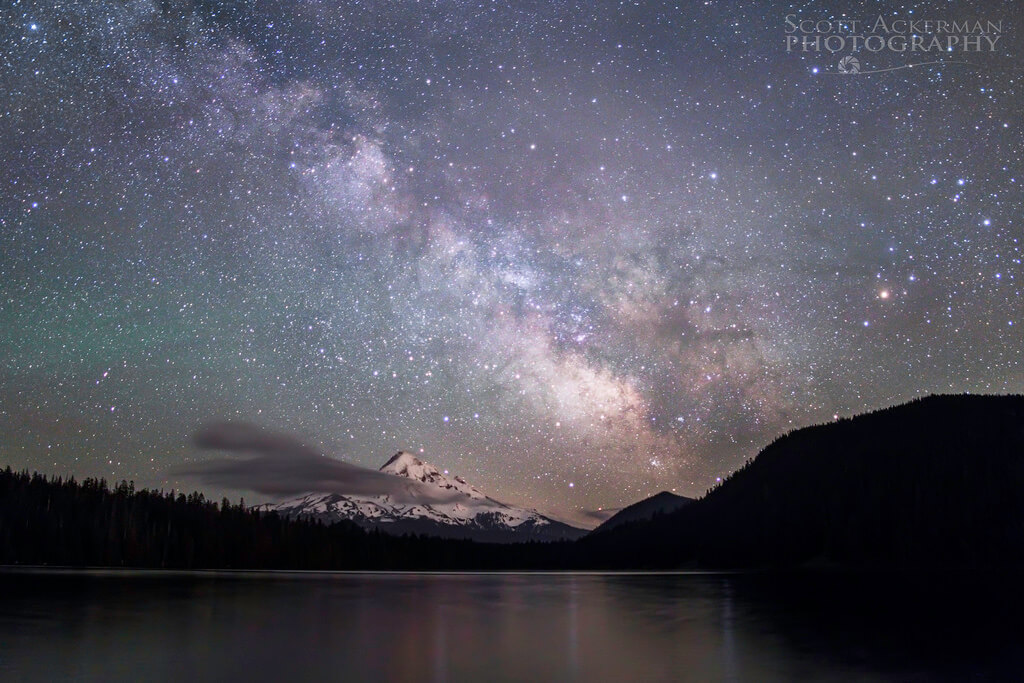 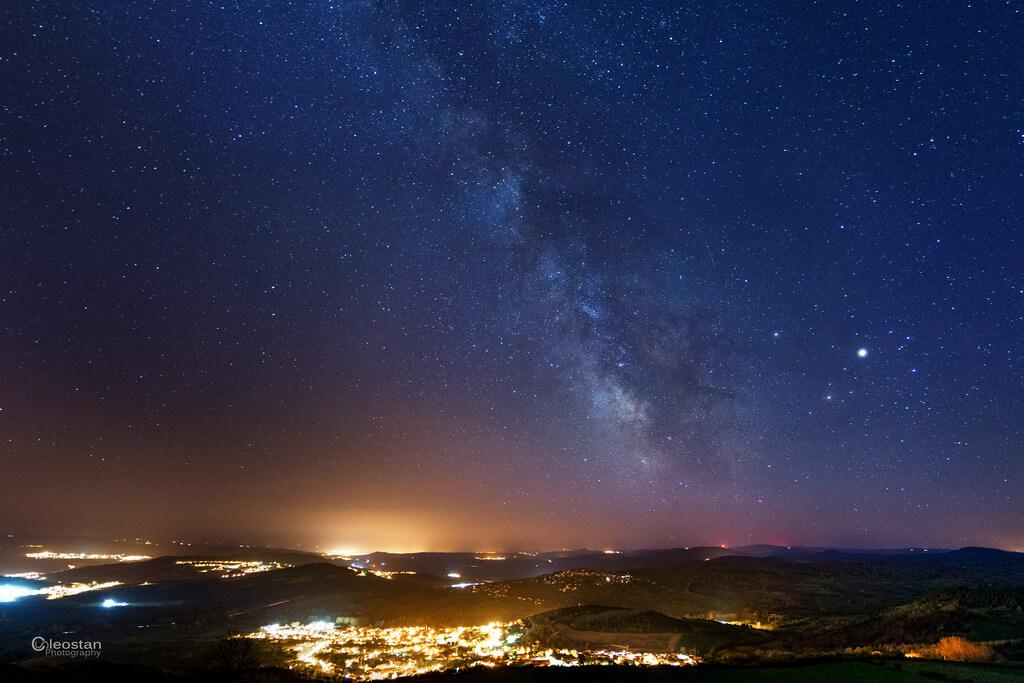 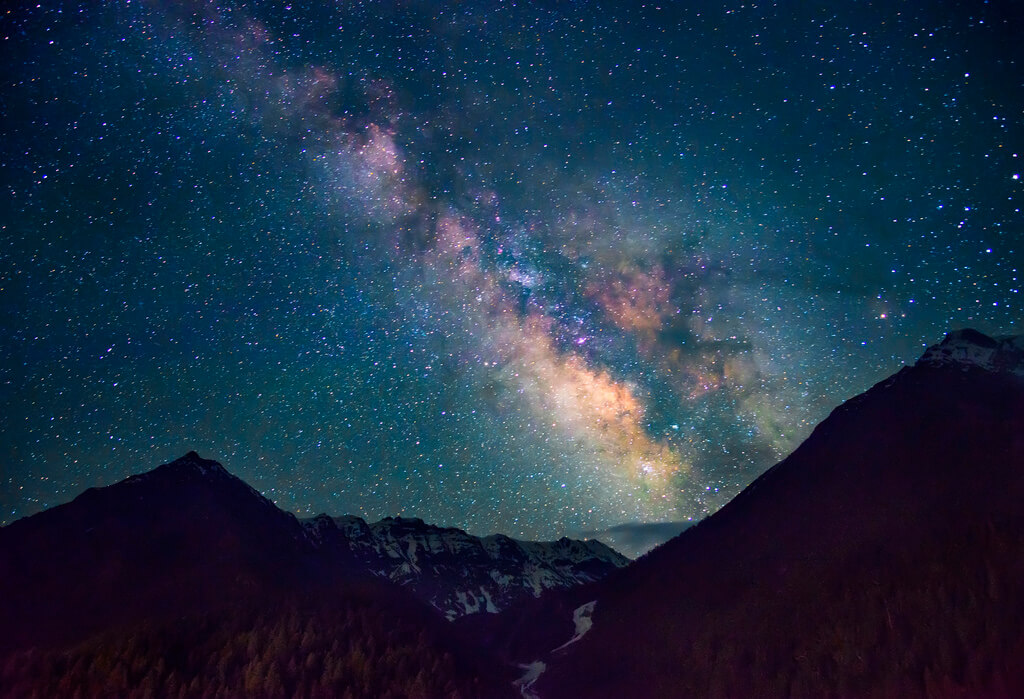 Another unforgettable sight is the aurora, also known as the aurora borealis or the Northern Lights in the Northern Hemisphere. The moving streaks of color have an eerie beauty that is unlike anything else. They’re so awe-inspiring that they draw photographers to the far north even in the dead of winter. For more inspiration, check out these 35 gorgeous pictures of the Northern Lights.

Hille Thomasson – the flames beyond the cold mountain II… 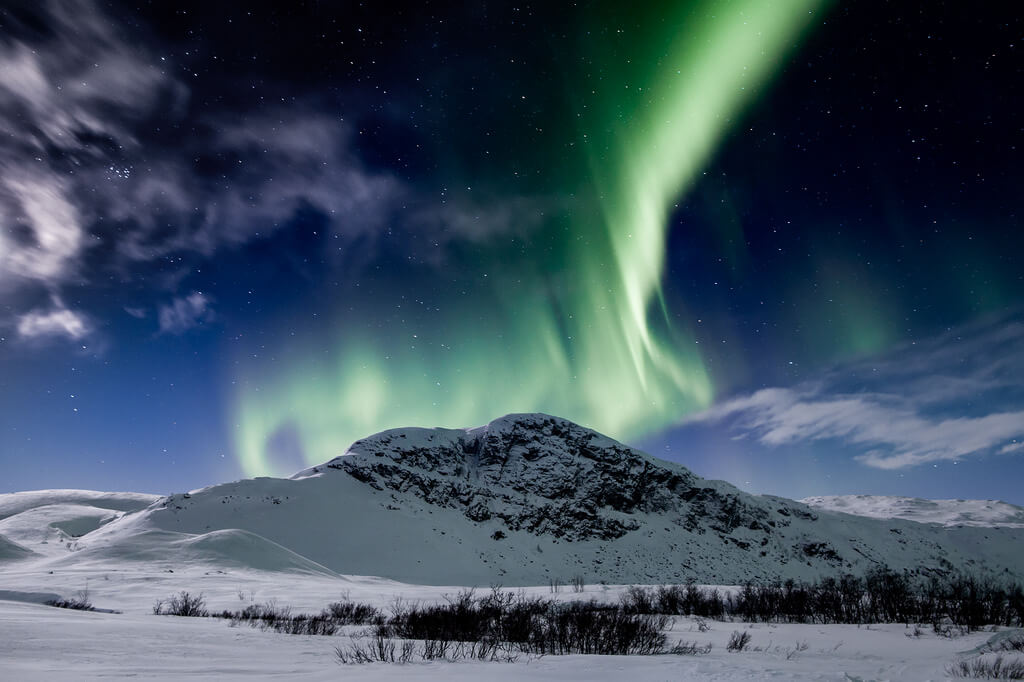 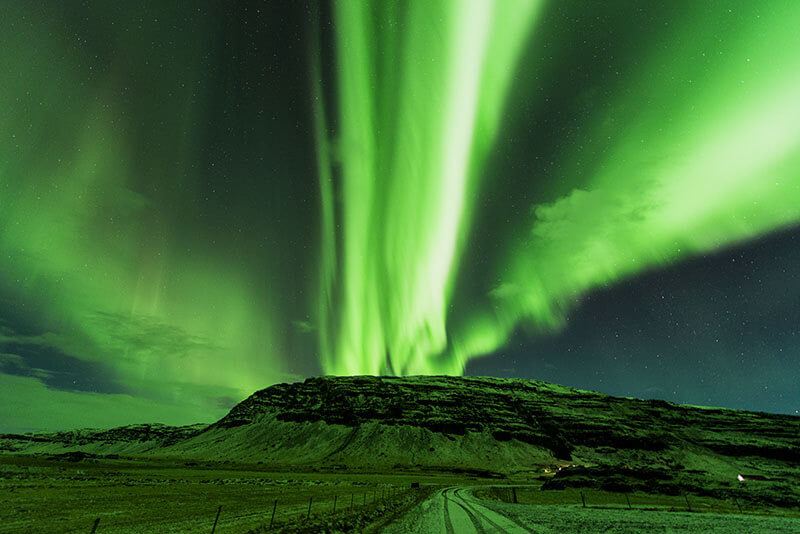 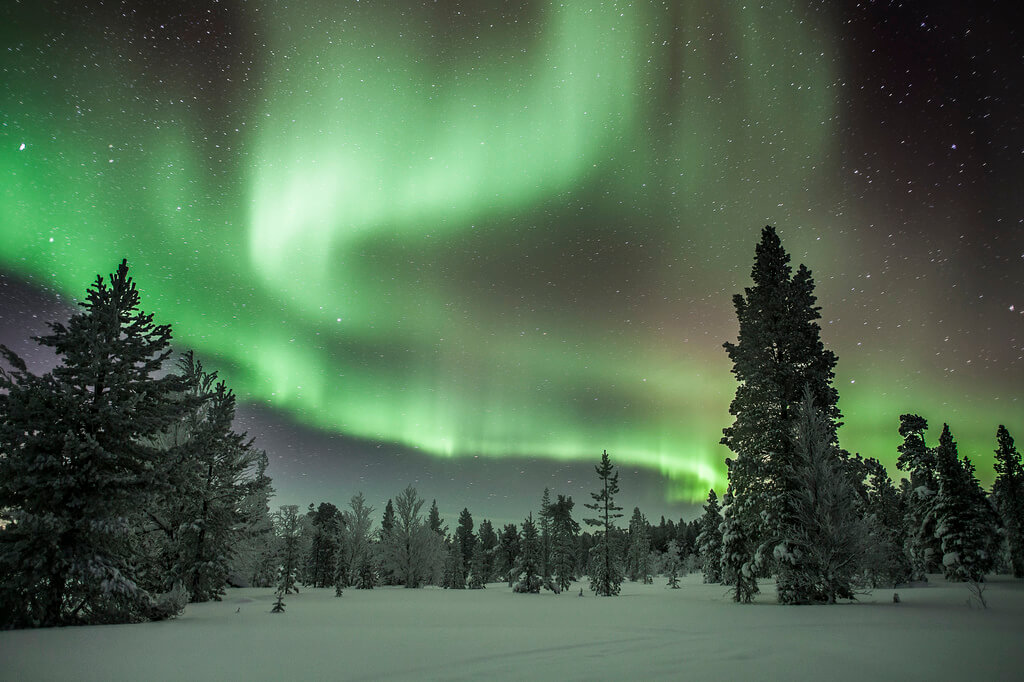 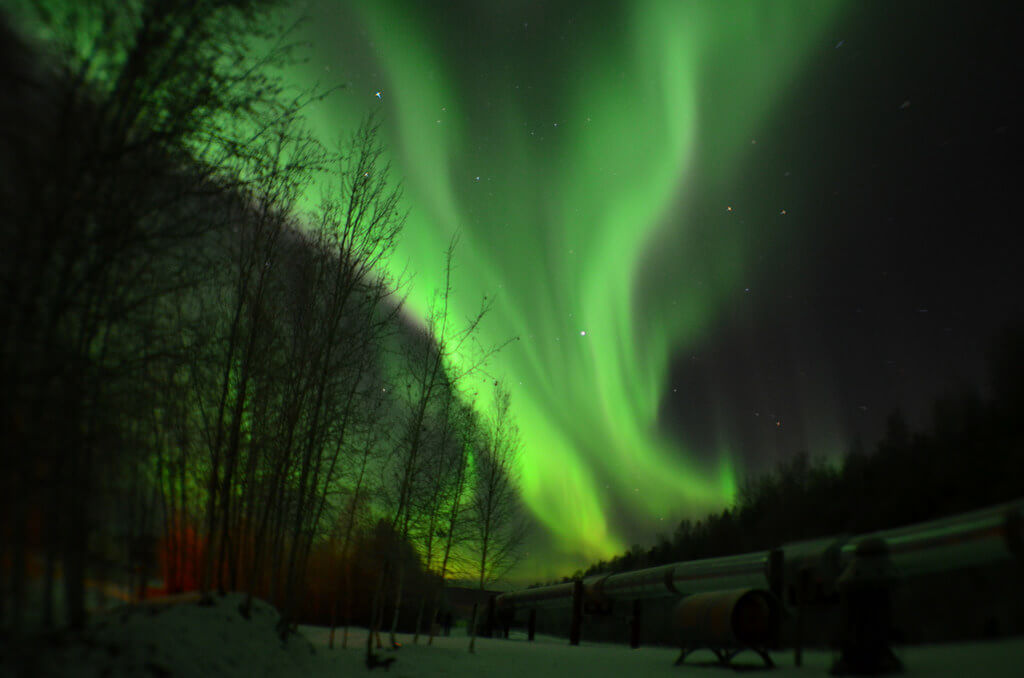 Lightning isn’t often thought of as a night sky subject, but actually, it combines really well with stars. But even if you can’t get a shot of stars alongside the storm, at least you can get a cool photo of lightning against the dark sky. 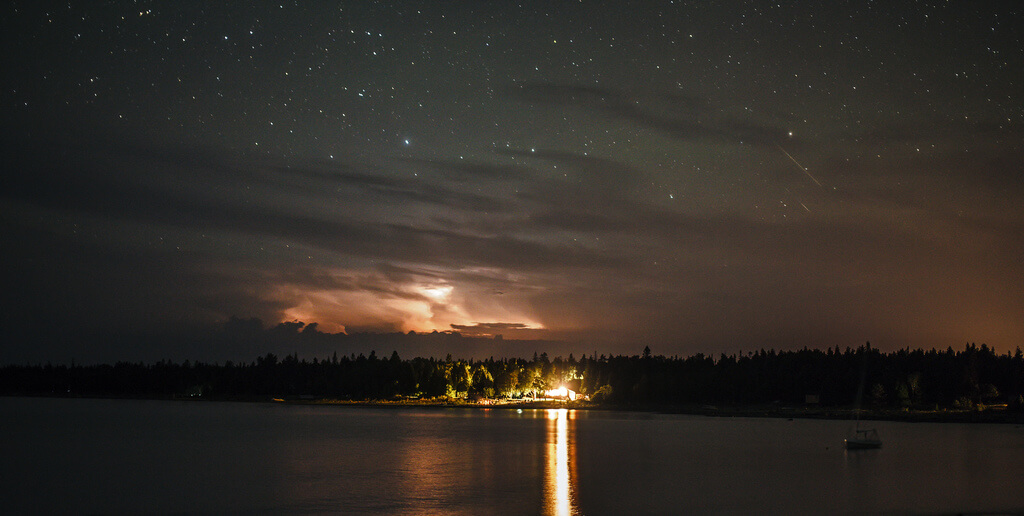 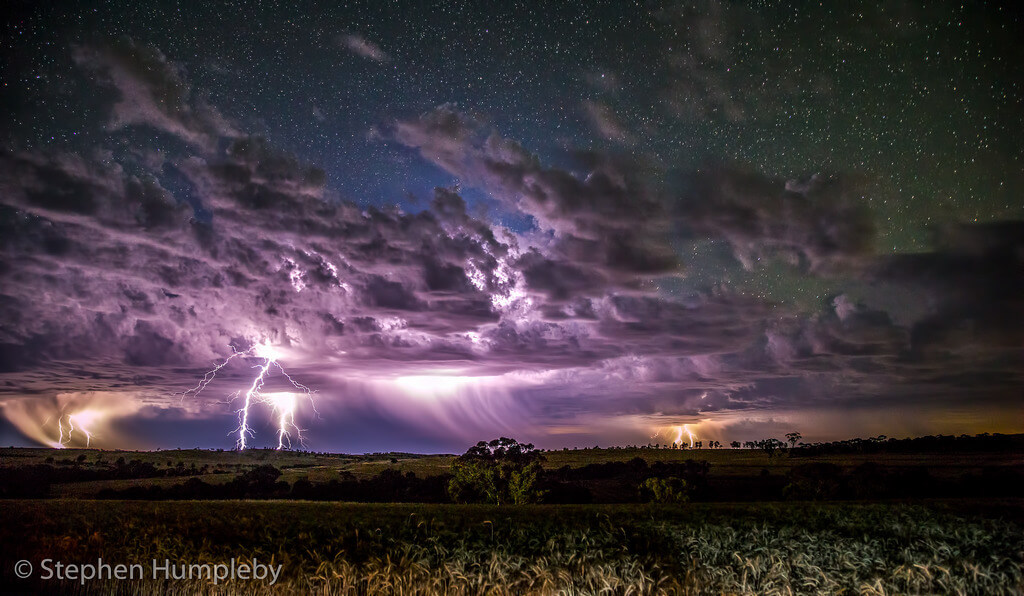 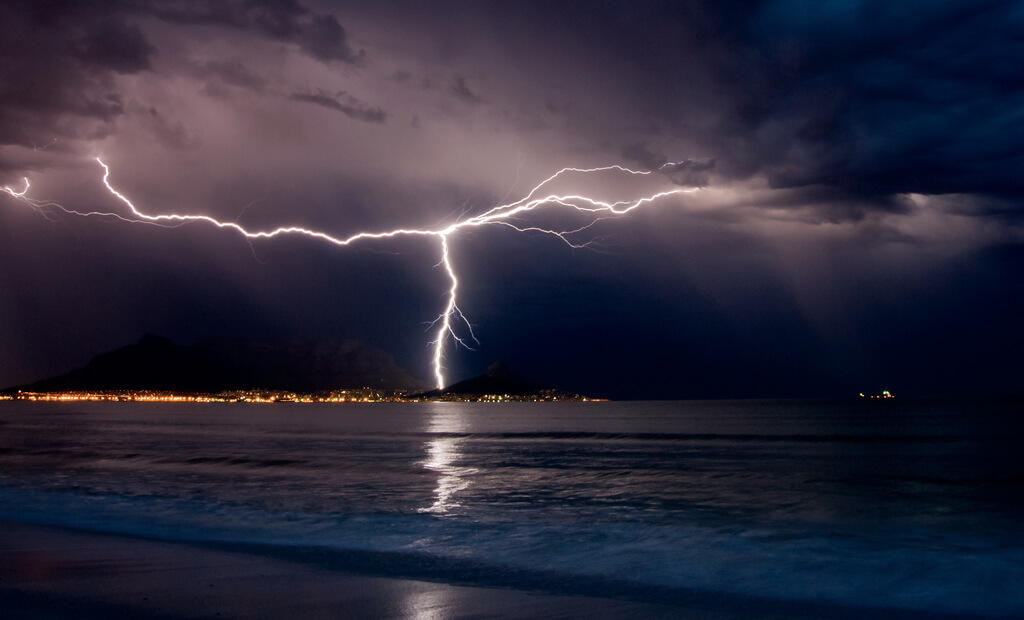 phatman – Lightning on the Columbia River 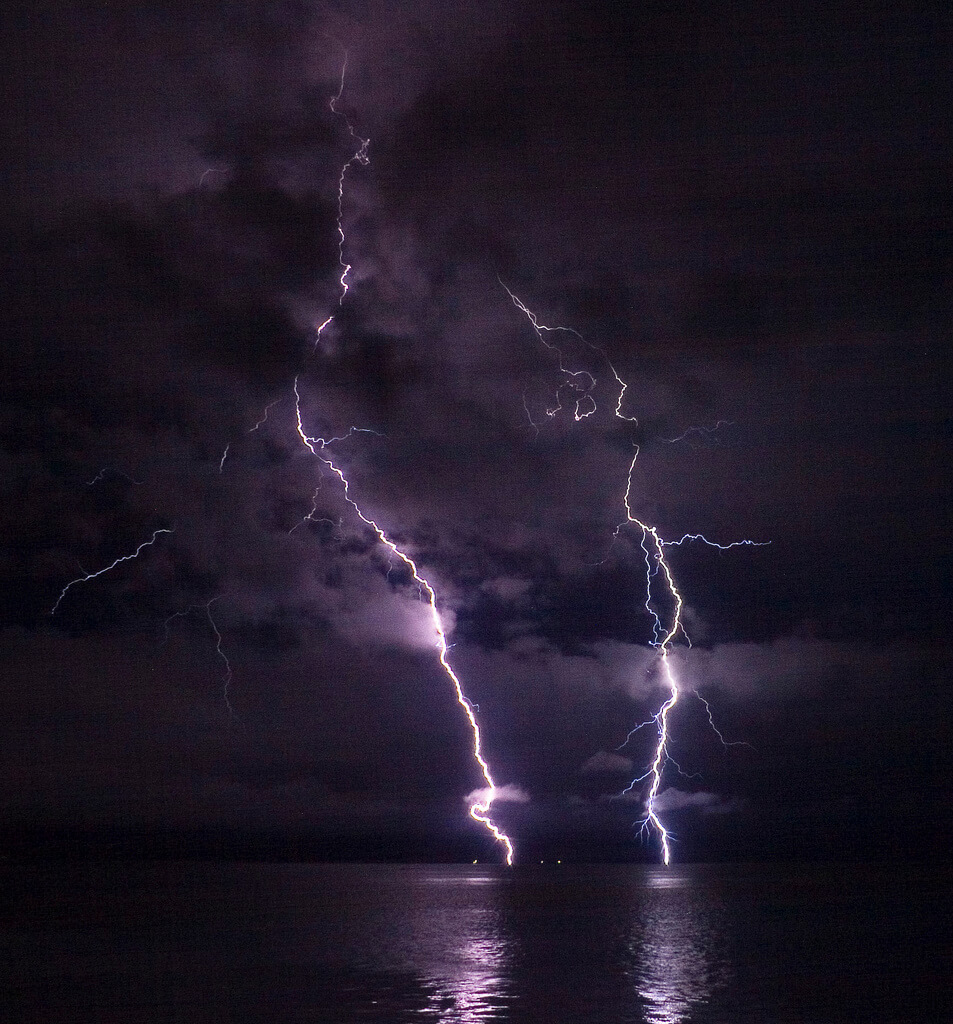 When the night sky is cloudy or bright with light pollution, you can still get great shots of a full moon. It shines through the clouds and remains stunning, even with light pollution. It’s an excellent subject to capture when you’re walking around cities at night.

Joao Cruz Santos – May this walls keep you safe.. 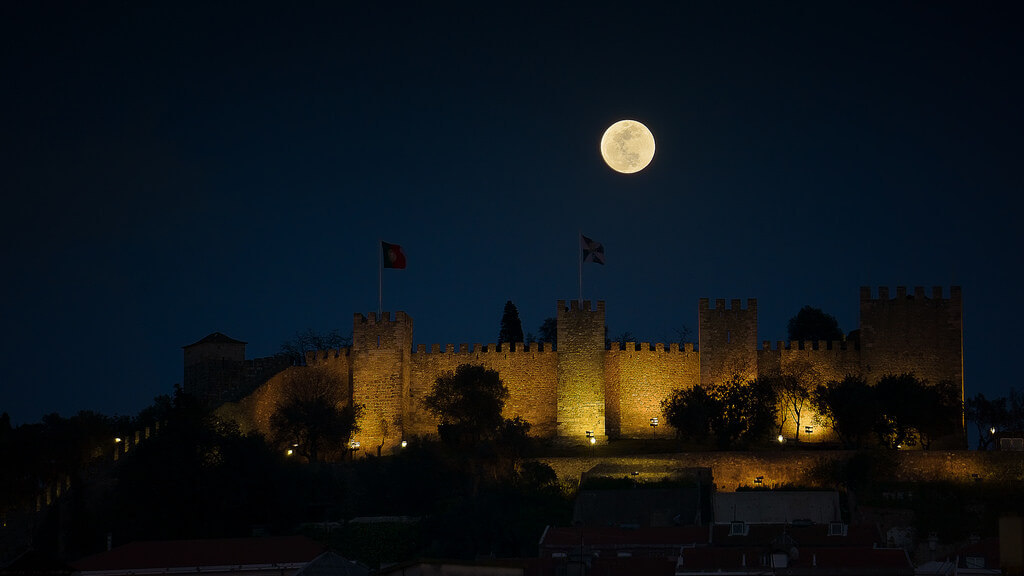 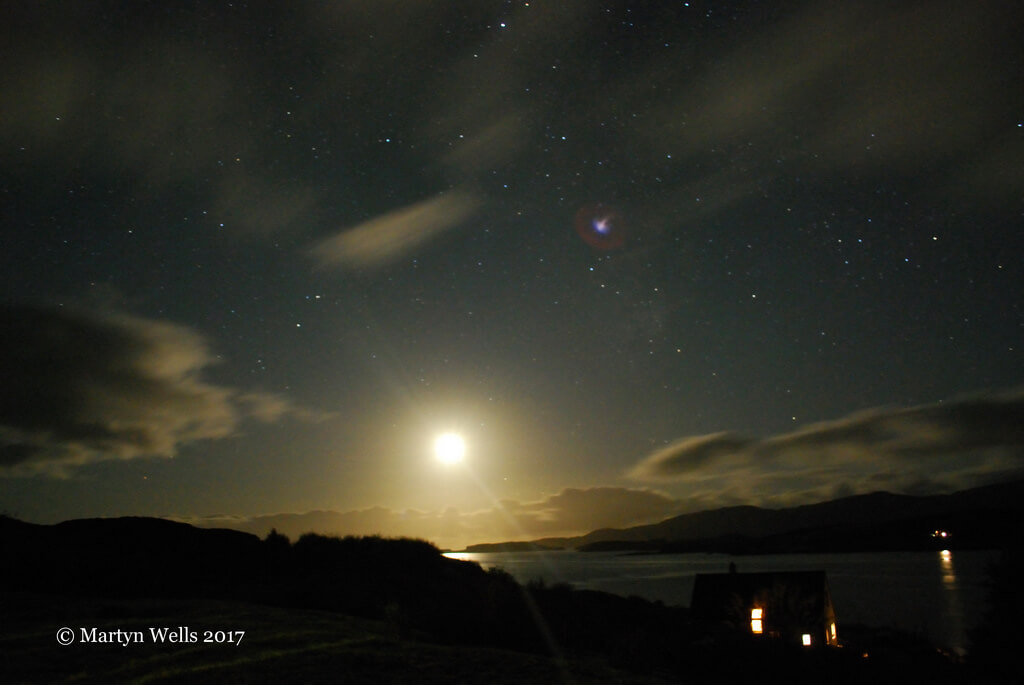 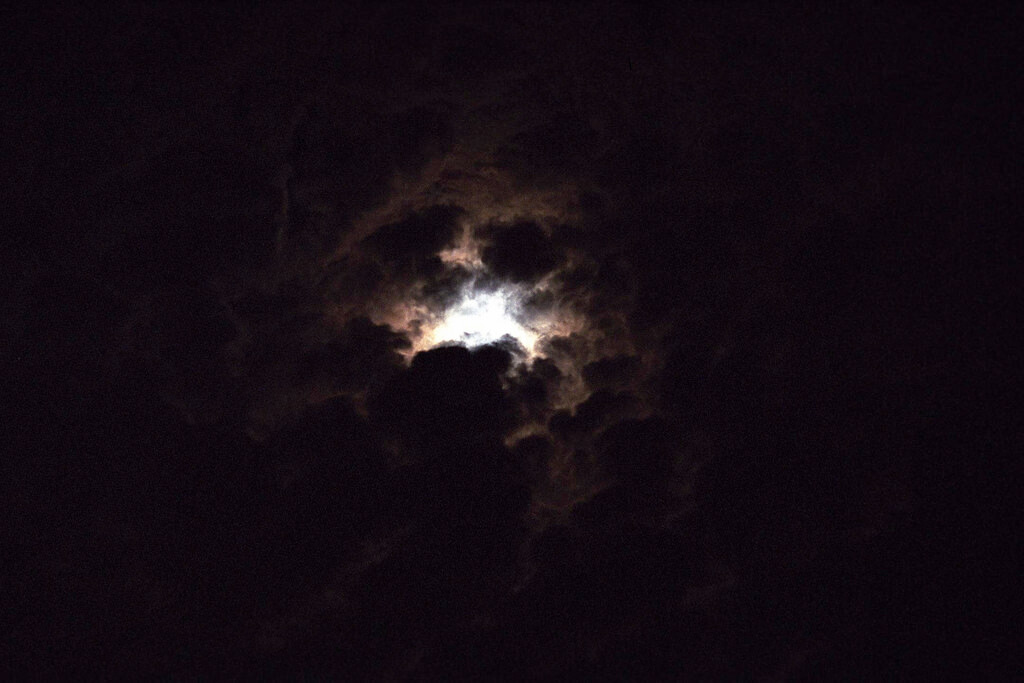 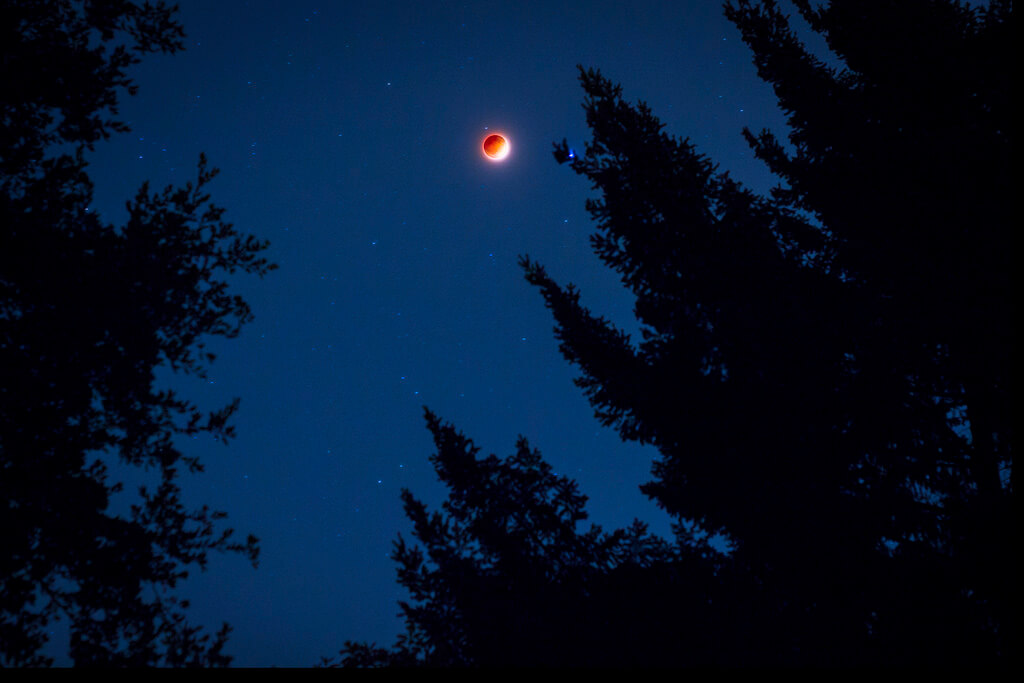 Silhouettes are another subject to consider if you’re stuck near light pollution. A good silhouette can look striking even if the background stars are dim. Of course, if you can get awesome stars with the silhouette, that’s even better.

For tips on composing photos with silhouettes, visit our post about silhouette photography.

Greg David – Did you see the lights are all faded. 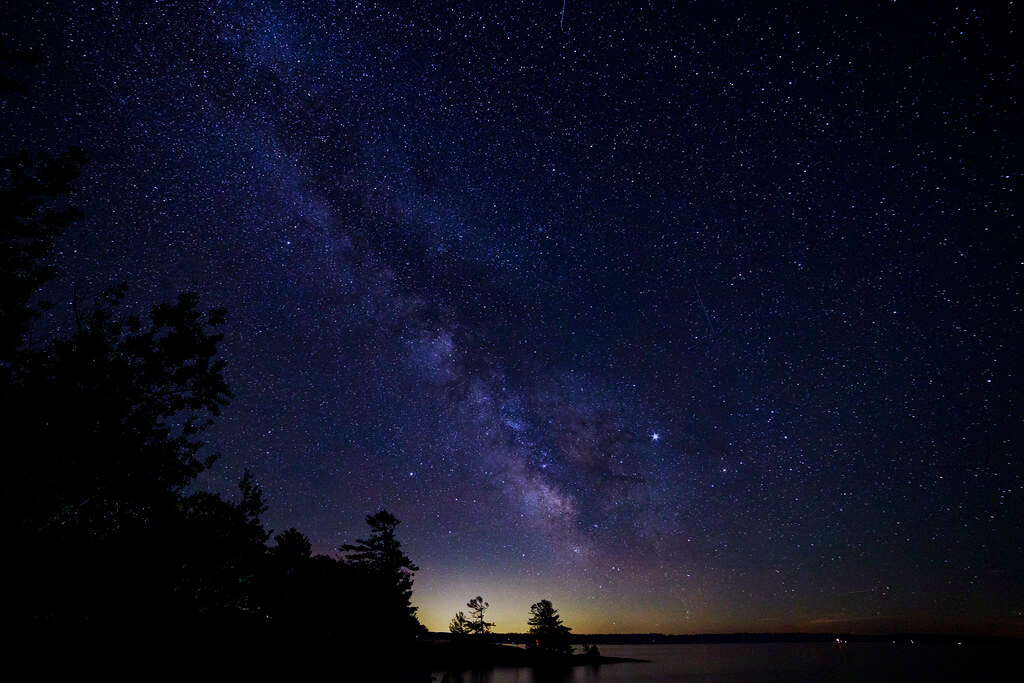 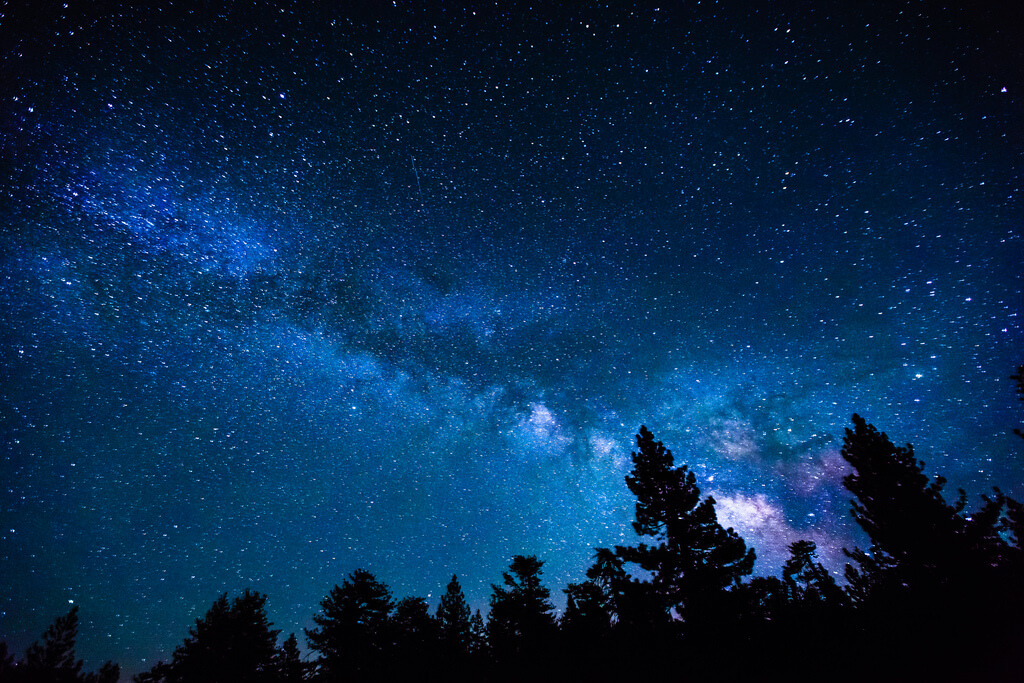 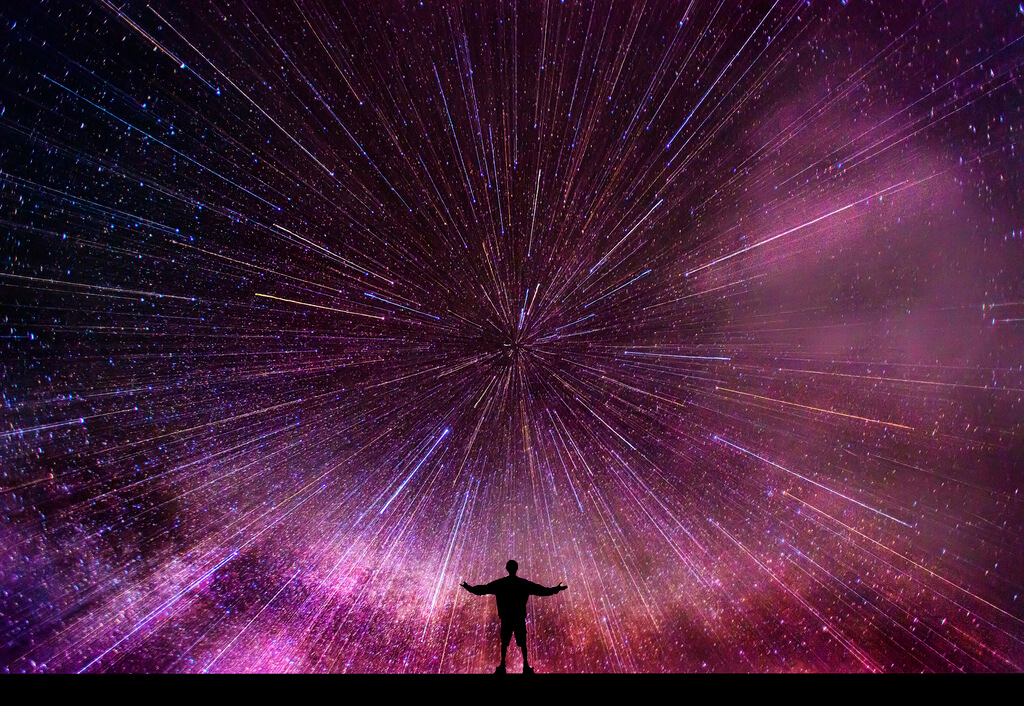 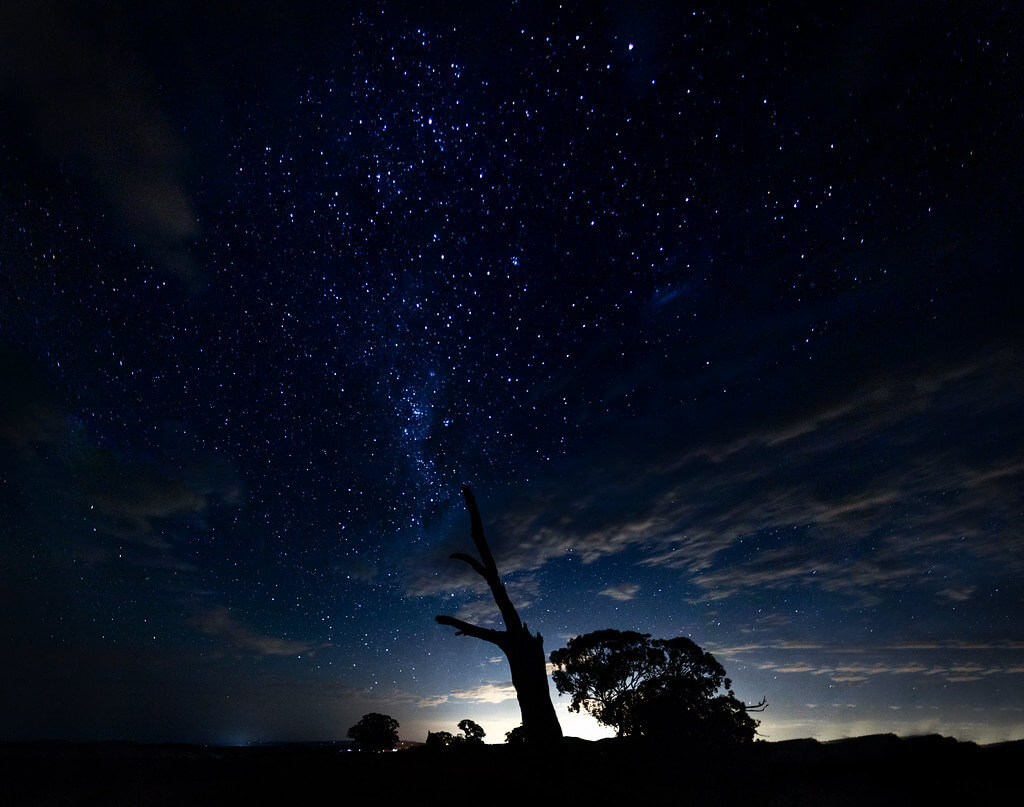 When you take a long exposure of a starry night sky for longer than about 30 seconds, you’ll end up with streaks of light instead of stars. These star trails are the result of the Earth rotating on its axis. Though star trails can be challenging to photograph, they’re a lovely way to add movement and energy to your image. 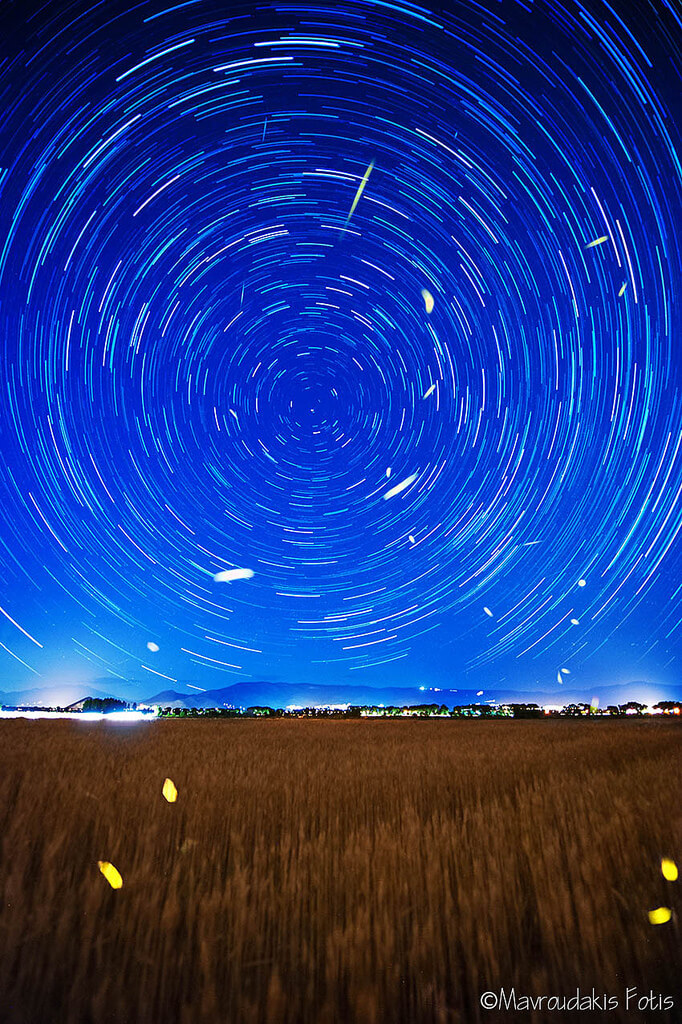 Rodney Campbell – QM2 Under the Stars 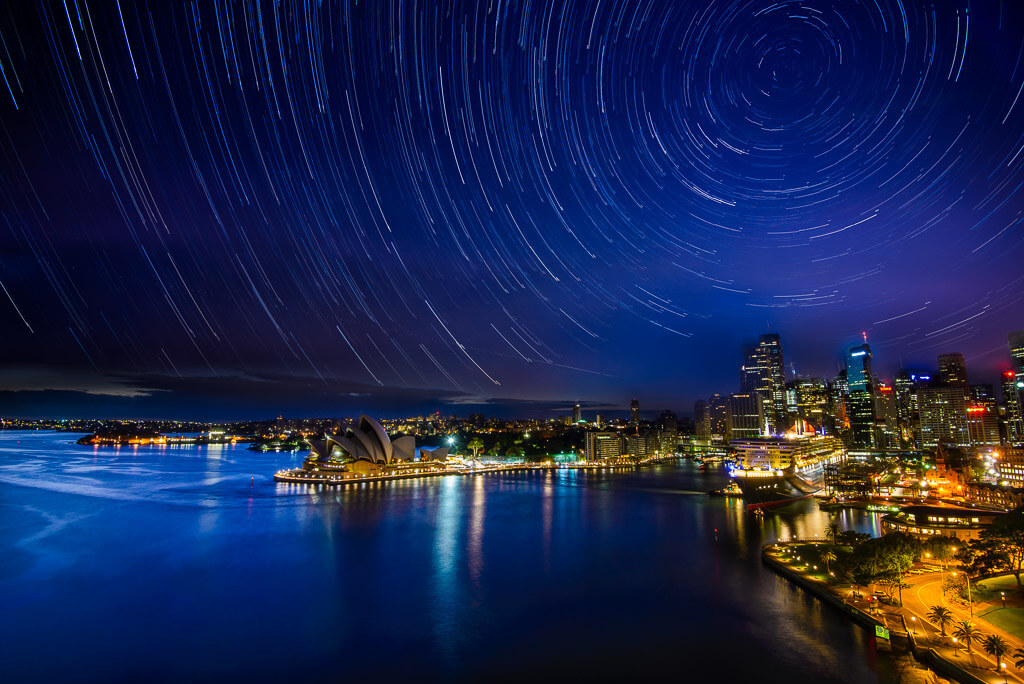 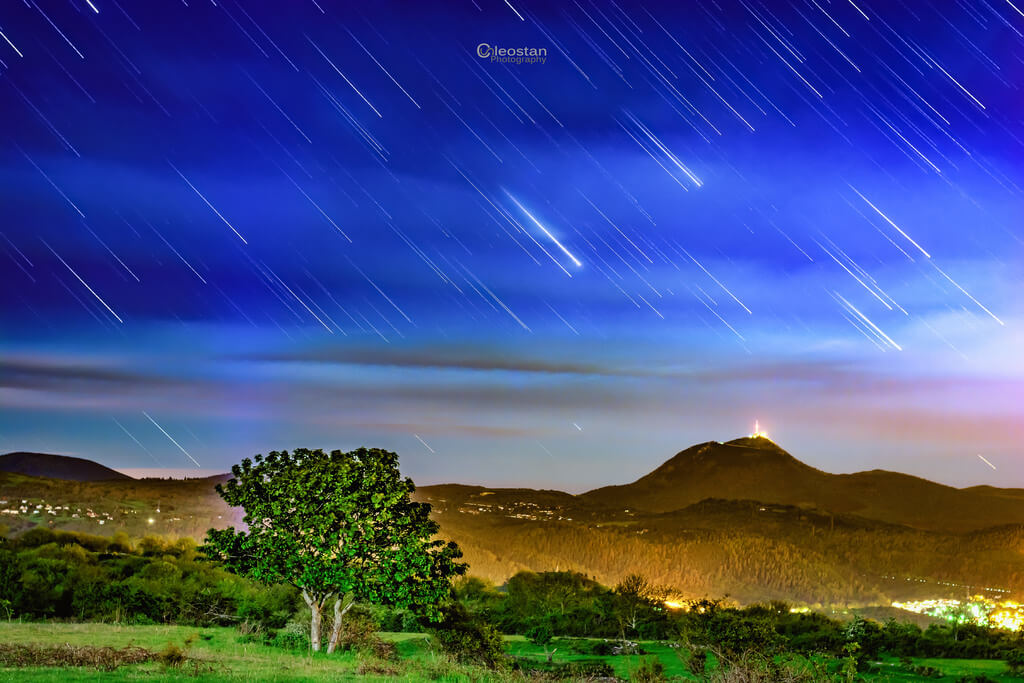 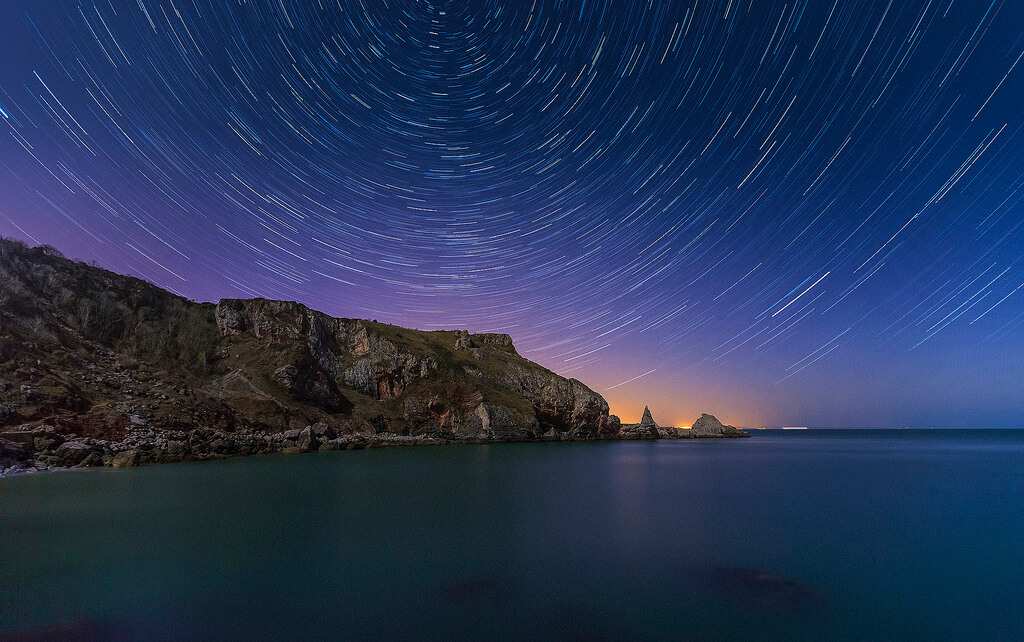 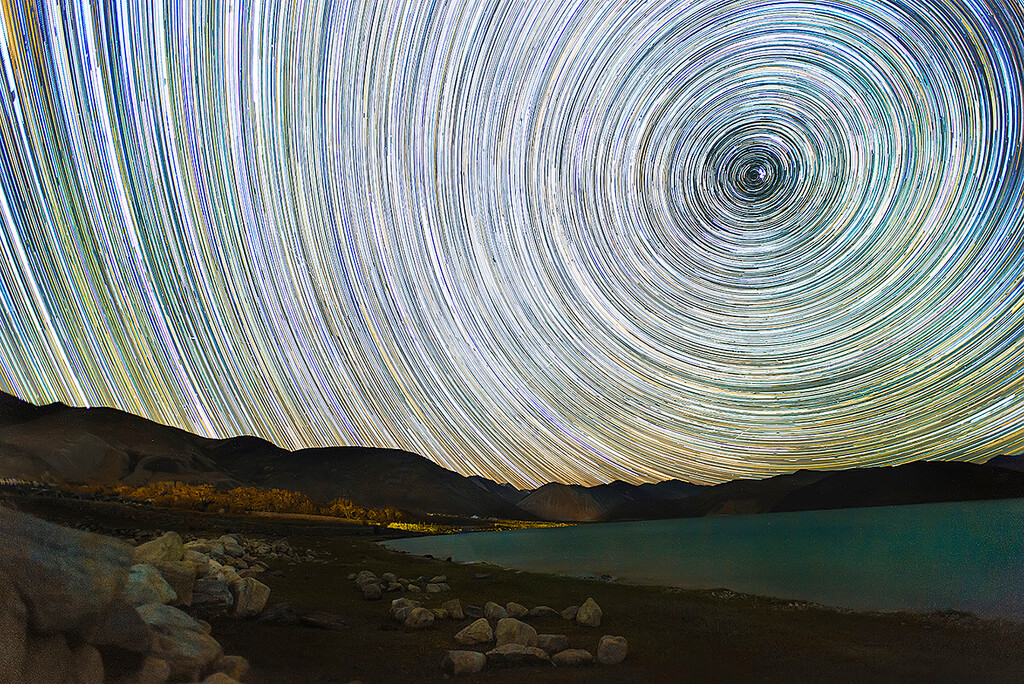 A clear body of water can make a night sky twice as impressive by reflecting it. Nearly any source of water could work, as long as it’s smooth and calm. Canals, lakes, marshes, and even puddles can all lead to beautiful, dreamlike images. 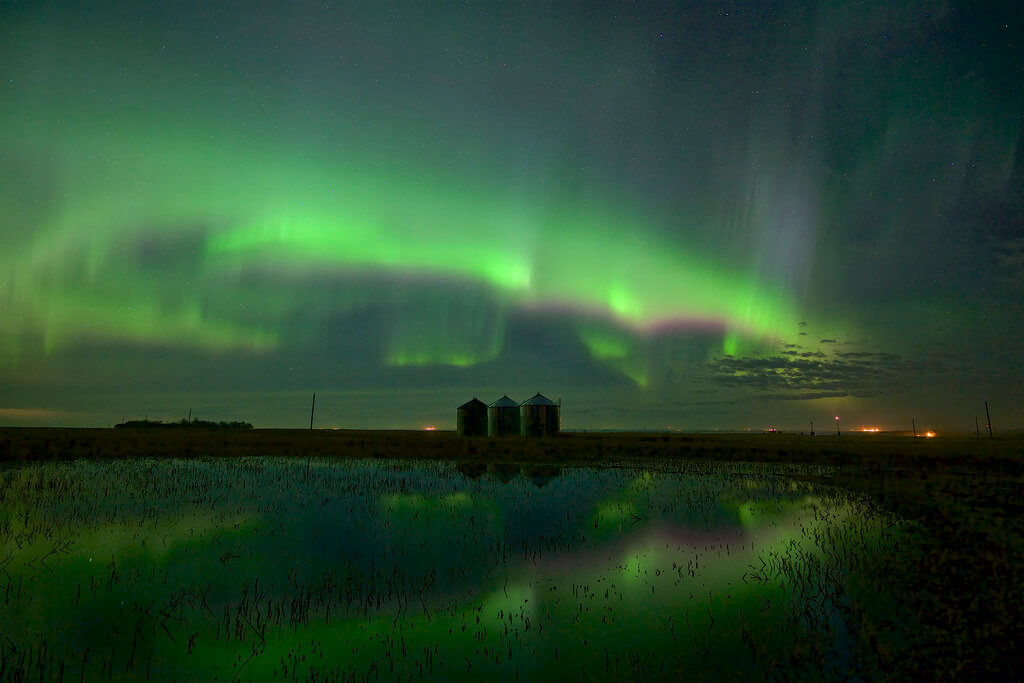 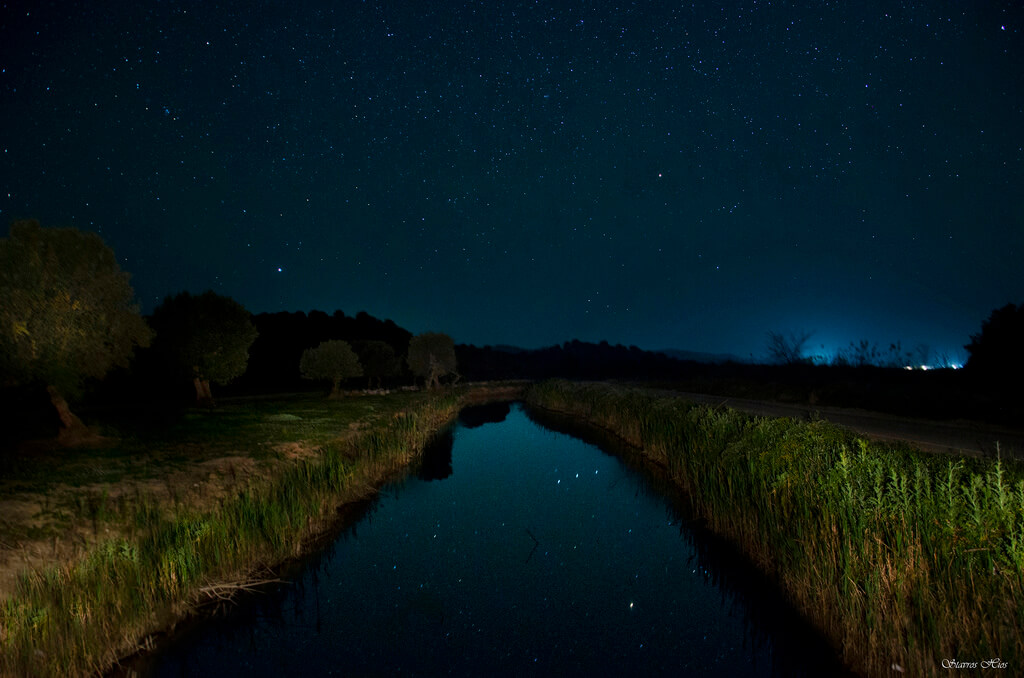 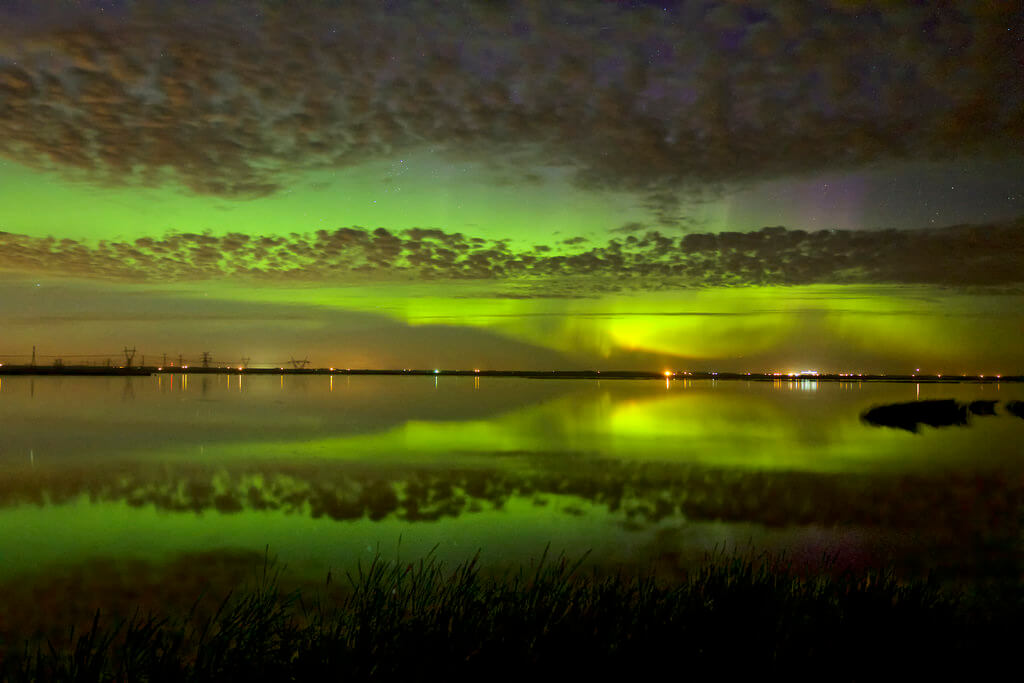 John Andersen – Space above and Below 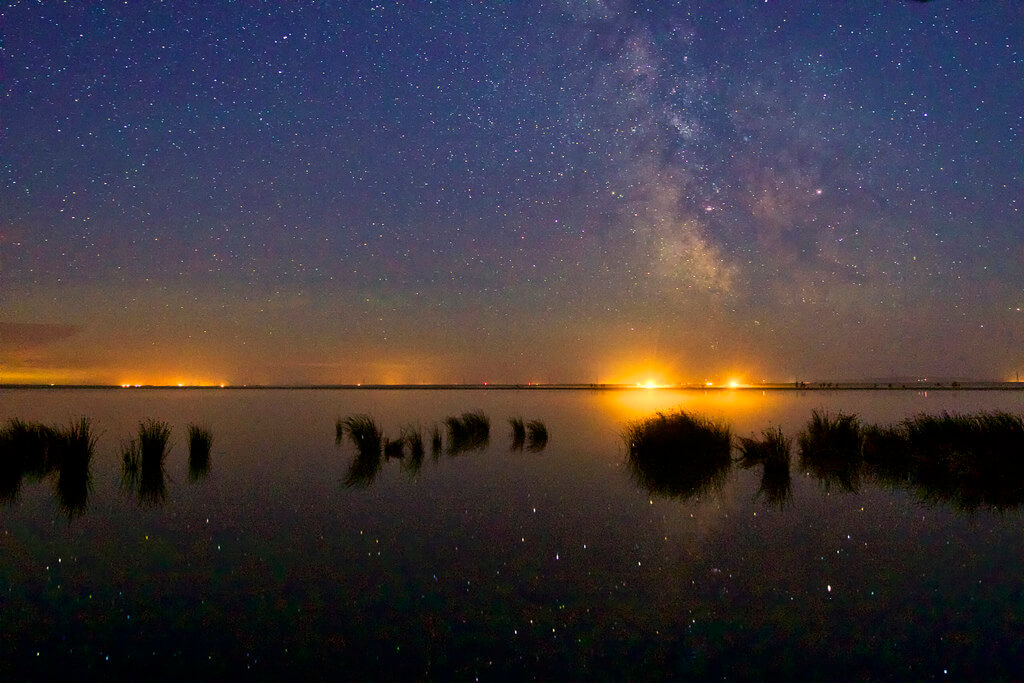 Many of the above images were selected from our community on Flickr. Got a nice photo of the night sky? Share it with us so we can appreciate your work!