I spend a lot of time in East London. This part of the city oozes character. These photographs of East London were captured a few years ago.

It is an area that increasingly fascinates me, especially when studying developments in recent years.

Walking East from Tower Bridge on the North and South banks of the River Thames leads to some fascinating places. Wapping, Limehouse and through to Canary Wharf on the Northside, and Bermondsey, Rotherhithe, Surrey Quays and Greenwich on the Southside.

Then as you wander away from the river there are a wealth of other regions to explore – The Isle of Dogs, Dalston, Haggerston, Hoxton, Shoreditch and Stratford.

There are a few modern day icons in East London alongside some traditional architecture. And the development of the wharfs and warehouses justifies a study in its own right. The Millennium Dome, Canary Wharf, the Queen Elizabeth Olympic Stadium and the Thames Barrier need to feature in any portfolio of London landmarks.

But there are lesser know locations too. What about the Whitechapel Bell Foundry, the Bascule Bridge on Rotherhithe Street or the Ornamental Canal at Wapping?

One thing is certain about East London.The pace of change is not slowing down and the development of apartment blocks in the region continues apace.

Many of the areas referred to in this post form part of the traditional East End. This is the area North of the Thames to the East of the City of London.

Those south of the River are more usually referred to as South East London.

I am featuring just three photographs of East London in this post. There are many more available – either in the Mr Smith World Photography online gallery – or in our digital vault. Please call 01992 535344 if you would like to know more. 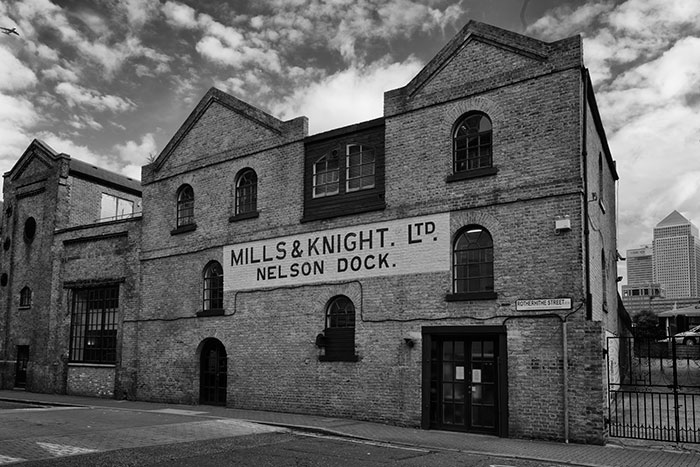 The first of my photographs of East London is of the shed of Mills and Knight who repaired ships in this location until 1968. Note the view of Canary Wharf to the right of the picture. 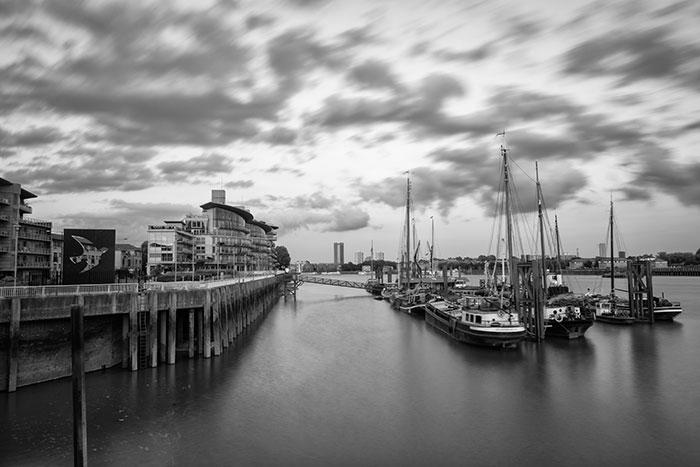 The second features the modern development at Halcyon Wharf in Wapping with several boats alongside. 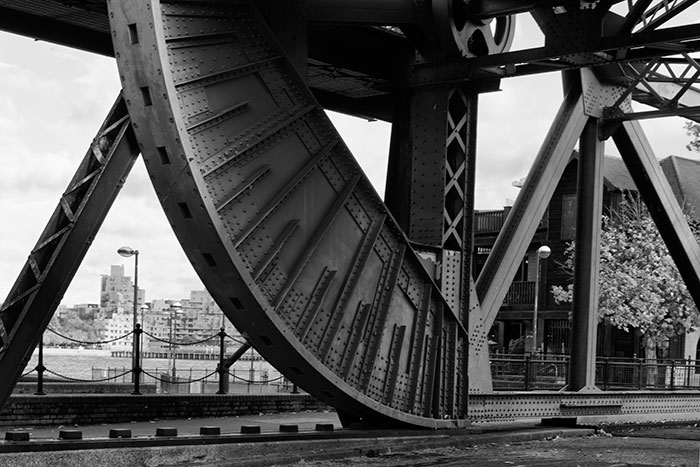 The final of my featured photographs of East London shows the base of Bethune Bridge alongside the Old Salt Quay in Rotherhithe.