There is something therapeutic about watching daybreak and nightfall. I like to lose myself in the scene by spending a few hours in a single location admiring the light changes as they happen. I have spent hundreds of hours photographing dawns and dusks in cities around the world. Join me in viewing dawn over my home city in this London sunrise photography post.

This panoramic photograph is available as a print in our online shop. I thought I would share the background to this print.

I arrived at the location of the day seventy five minutes before sunrise. Today I was with a group of photographers – normally I shoot alone. I wanted to produce the best image I could and had no idea what the weather had in store.

Firstly I need the raw material – a series of images. To produce these I had to keep shooting as time moved on and light changed. Even when I felt I had captured a great image I kept shooting. You never know what will happen next. An even more spectacular scene may be moments away. So I like to capture many images over a couple of hours.

Secondly it is worth capturing several different aspects of similar views in similar lighting. Will a panoramic image work better than a standard landscape shot? Will a wide vista be more appealing than a close up? I leave those decisions until later. The important thing is to have the images to work with.

Then the editing and processing. I prefer to select and process images when I have seen them on the computer screen. I shoot digitally and am not comfortable reviewing images on the back of the camera as important detail can be missed.

In the photographs below I have documented the changes in light from five o’clock in the morning (when London was in darkness) until half past six (fifteen minutes after sunrise). The featured images are largely unprocessed. They have not been adjusted for tonality, or colour corrected. They just show the colours as the camera captured them.

The spectacular weather on that morning presented several options. My favourite image is the panorama above, but it was a close run thing.

We are heading through autumn and into winter now. There will be many more beautiful mornings. I look forward to more London sunrise photography. If you would like to join me please get in touch. 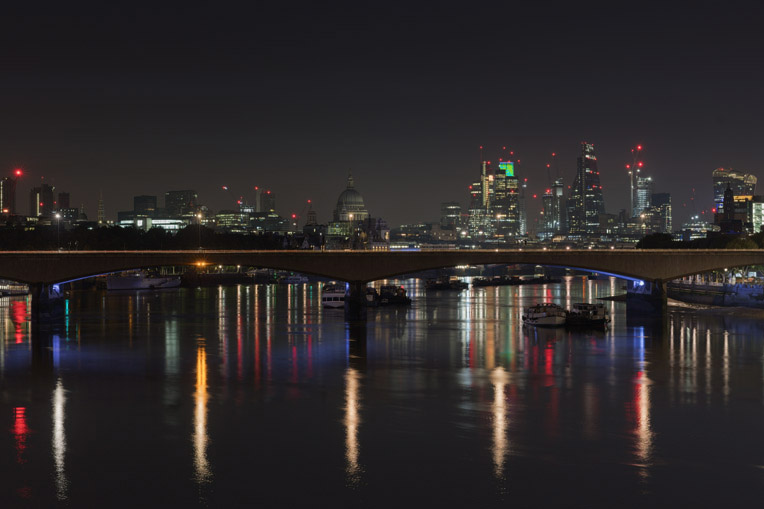 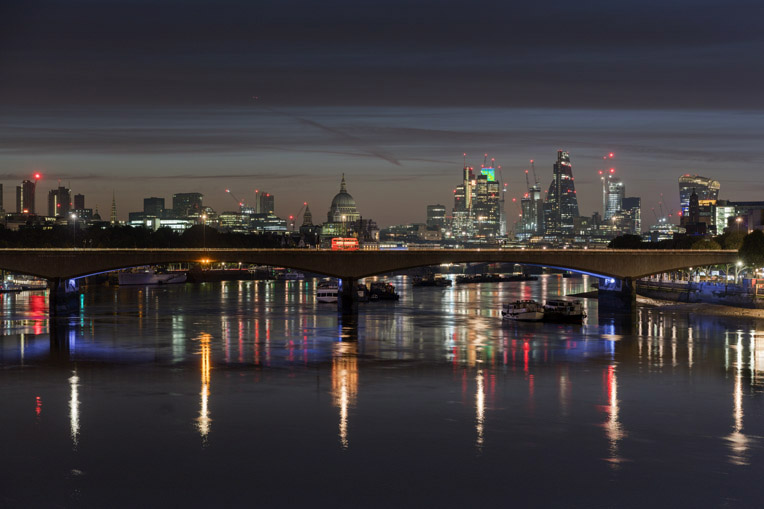 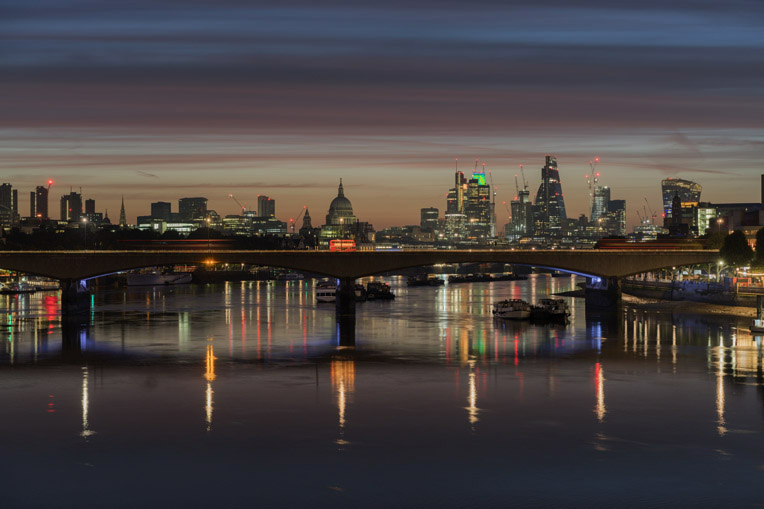 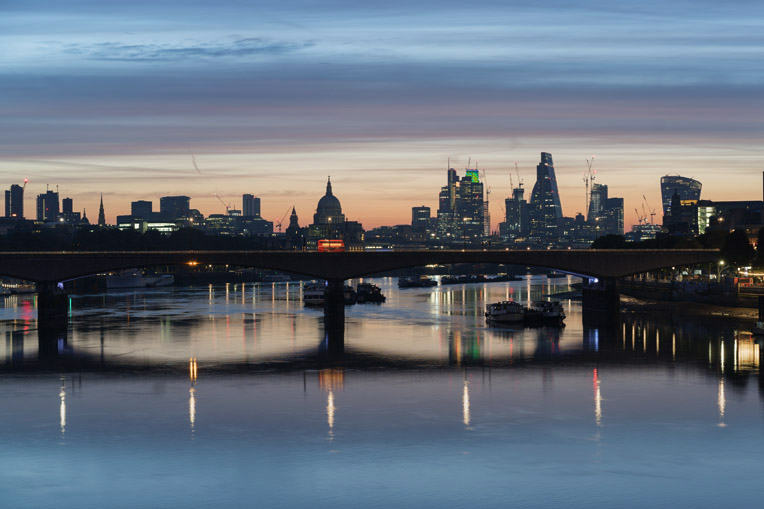 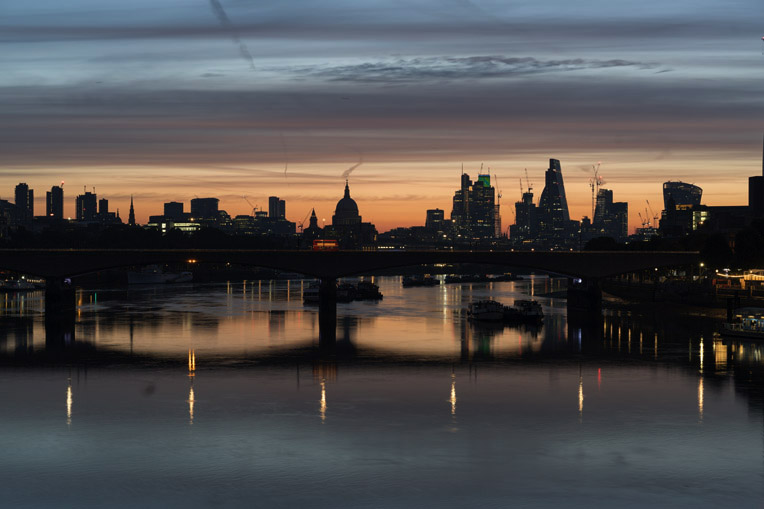 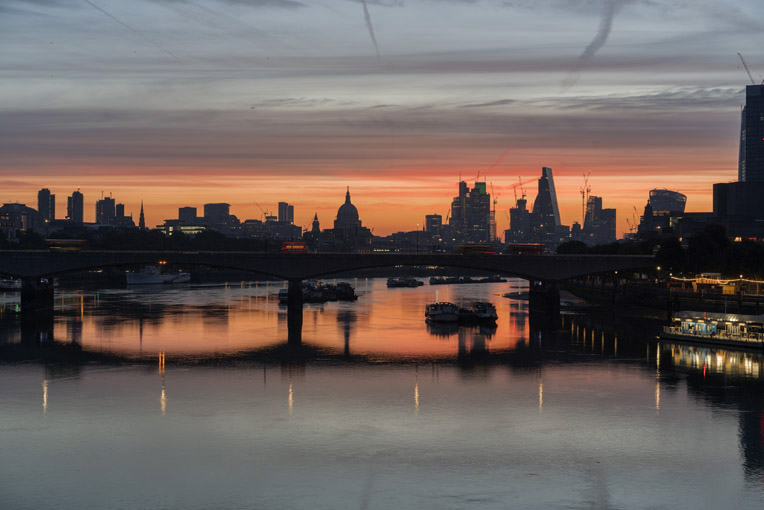 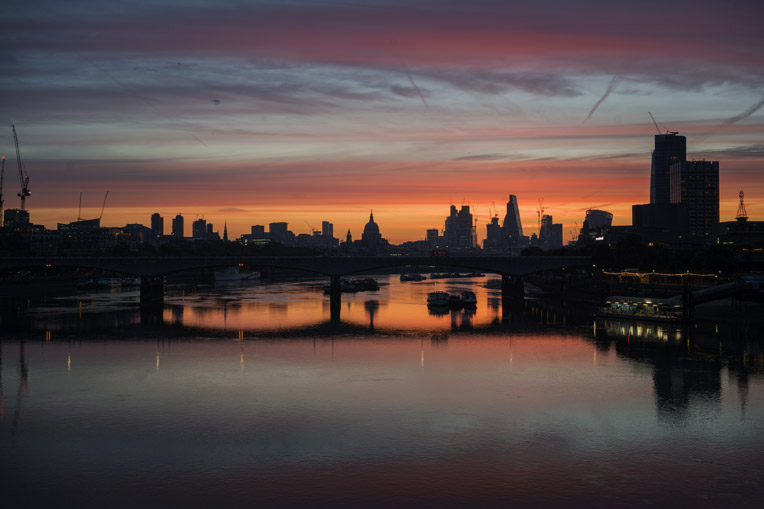 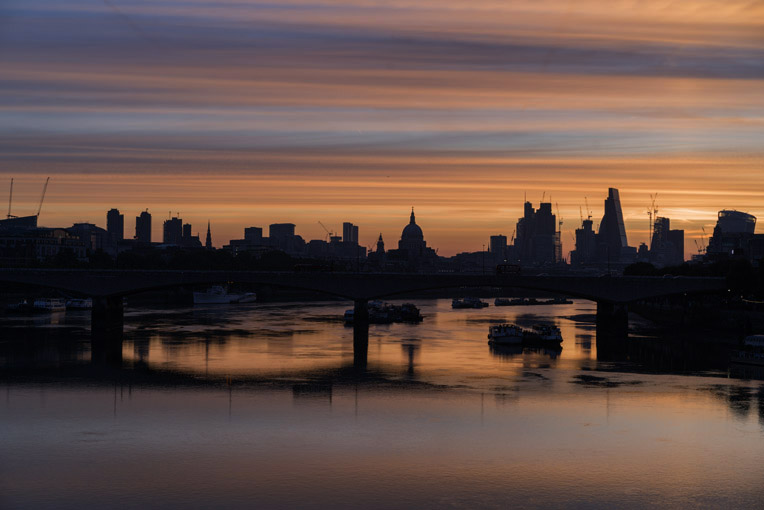